The time has finally come to leave laid back Monteverde (Santa Elena really) and begin our return trip to San Jose. We had all day to reach San Jose so took a scenic route through Sarchi.

That was the original plan but if you read yesterday’s blog you’d know we also decided to squeeze in a morning hike before leaving Monteverde to make up for the two cancelled night hikes. We made sure we were mostly packed the night before so that we could run out to do our hike at 7:30 am and be back in time to leave the AirBnB at 11:00.

The morning hike this time around was at another private reserve called Curi-Cancha. The land for this reserve was purchased in the 1970’s but at the time was mostly pasture land. It wasn’t until 2011 that it finally opened to the public with about 50% virgin forest and 45% secondary growth. The remaining 5% still remains as open pasture. Our guide, Oscar  was superb! His knowledge of all animals, birds and plant life was extensive plus he was great with the kids and had plenty of stories to tell. During our two hour hike we were able to spot a snake, white faced monkeys, quetzals, a three-wattled bellbird and toucans. He was also an expert at using our phones to take photos through his scope. The Monteverde cheese factory just so happened to be right outside the reserve and they also sold ice cream so be had one more indulgence since it was the last time we’d be having their fresh and delicious ice cream.

Now it was really time to leave Monteverde and by noon we were on our way back down the mountain on the bumpy dirt road. Whether going up or down Costa Rica dirt roads doesn’t really make a difference. It it always a bumpy ride and you’re always in a low gear. After about 20 km of brain rattling we were back on pavement albeit still windy but at least it wasn’t bumpy. From there it was a pretty easy drive back towards San Jose on the Pan American highway (CR Hwy 1). The term highway should be used loosely since it is almost entirely two lanes as it snakes it way though the northern mountains before entering the Central Valley. Once you’re stuck behind a truck in the pouring rain on a hill the drive becomes excruciating slow as there is no opportunity to pass. In order to break the monotony we made a slight detour to Sarchi. A key artisan town in Costa Rica, Sarchi is best known for the vibrant and pretty oxcarts that are handcrafted here and sold all over the country. The oxcart plays a key role in the country’s history, as they were used to transport coffee beans & other goods to nearby and faraway markets and ports. Mostly Sarchi is now just souvenir stores but you can still see the artists at work using traditional tools. The girls wanted to pick up a souvenir so this was all we really needed along with a bathroom break.

Once back on the road we were in the final stretch. Forty minutes left before we reached our final accommodations for the trip and to return the rental car. Traffic began to get slow Ian’s we got closer to San Jose but we made it to the hotel just past 4:00 pm. We quickly dumped the contents of the car in our room and promptly went straight to the pool for one last swim.

In one more day this Costa Rica blog series will be complete. Tomorrow we board our flight back to Toronto. 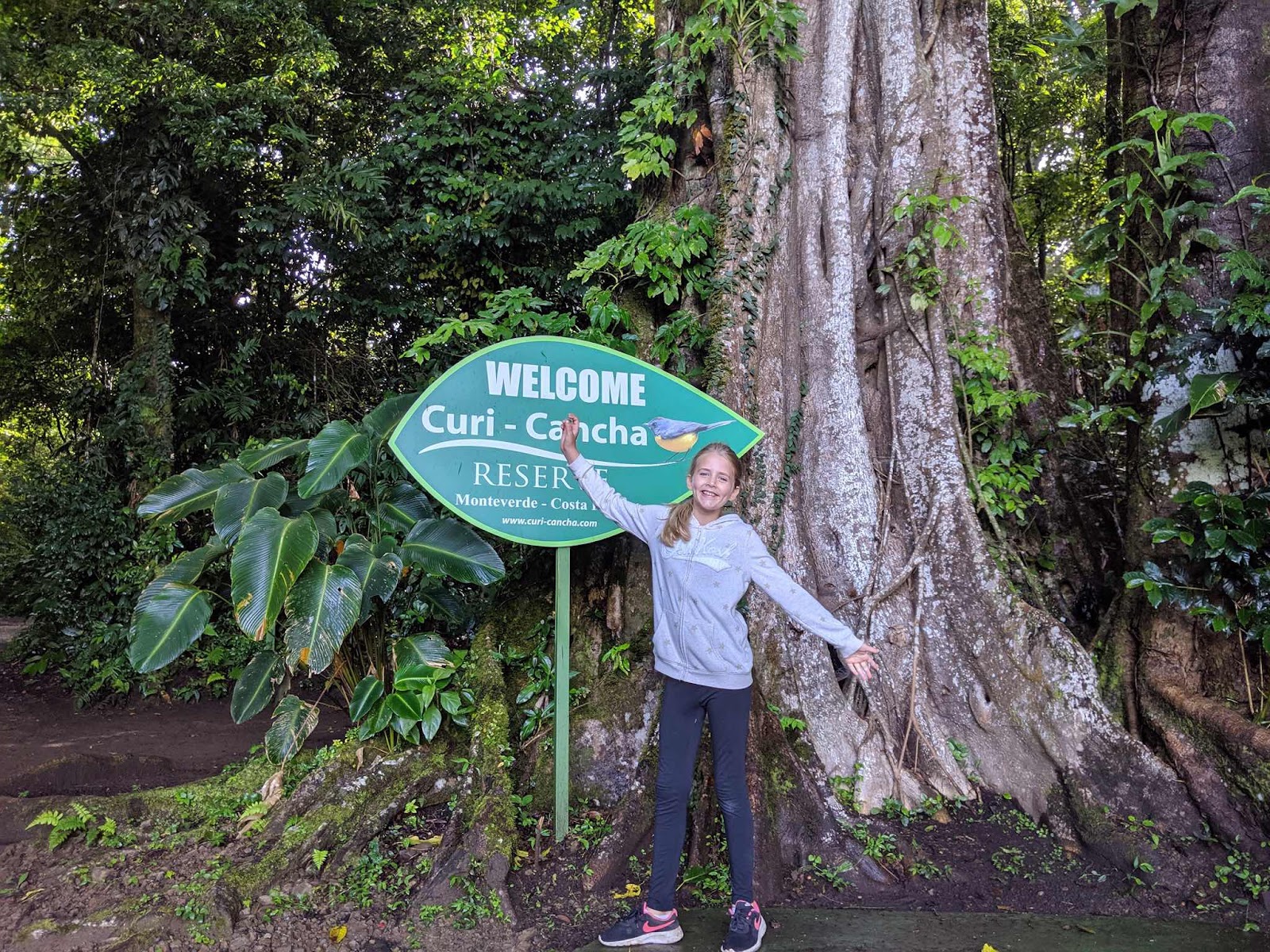 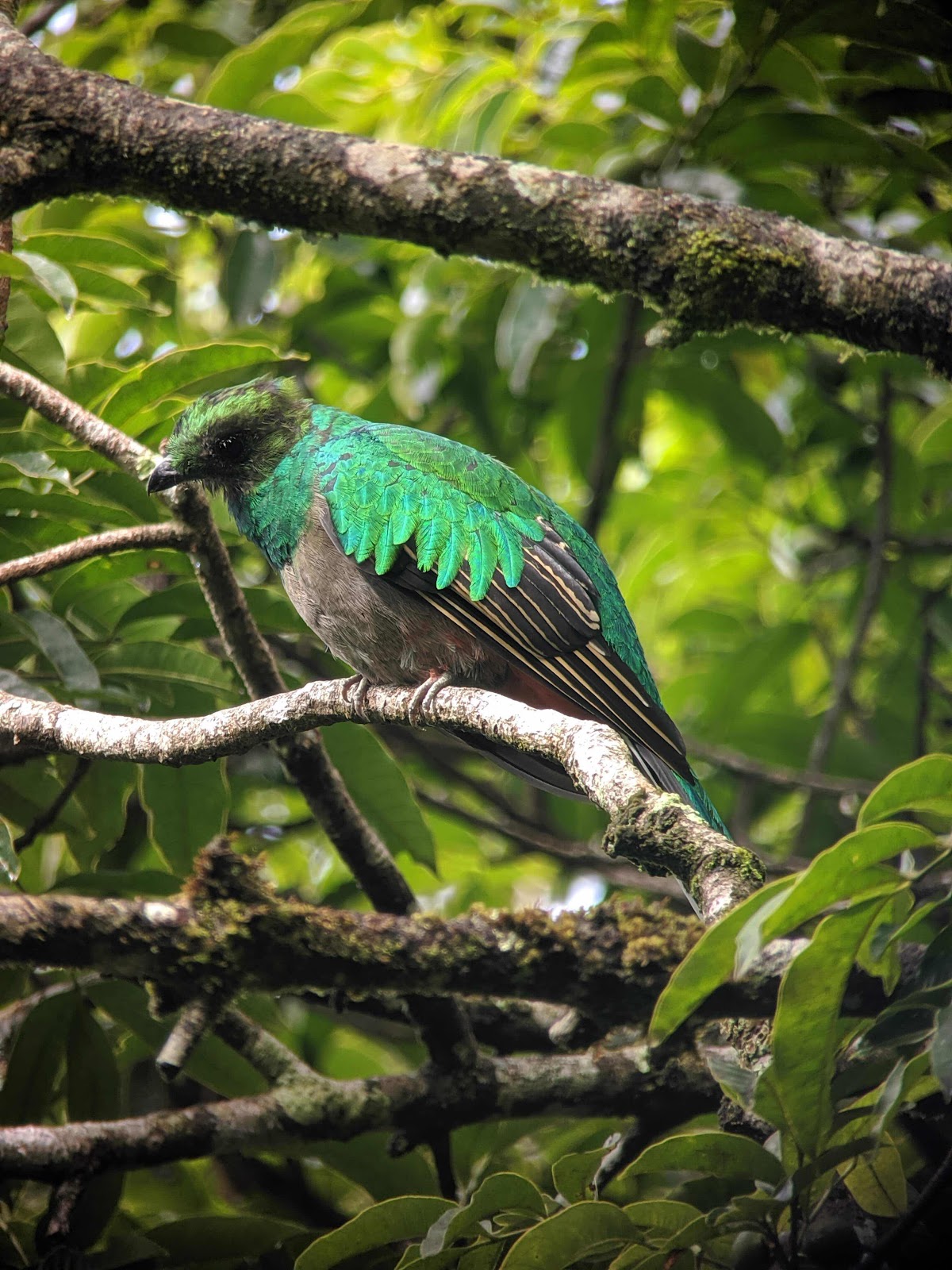 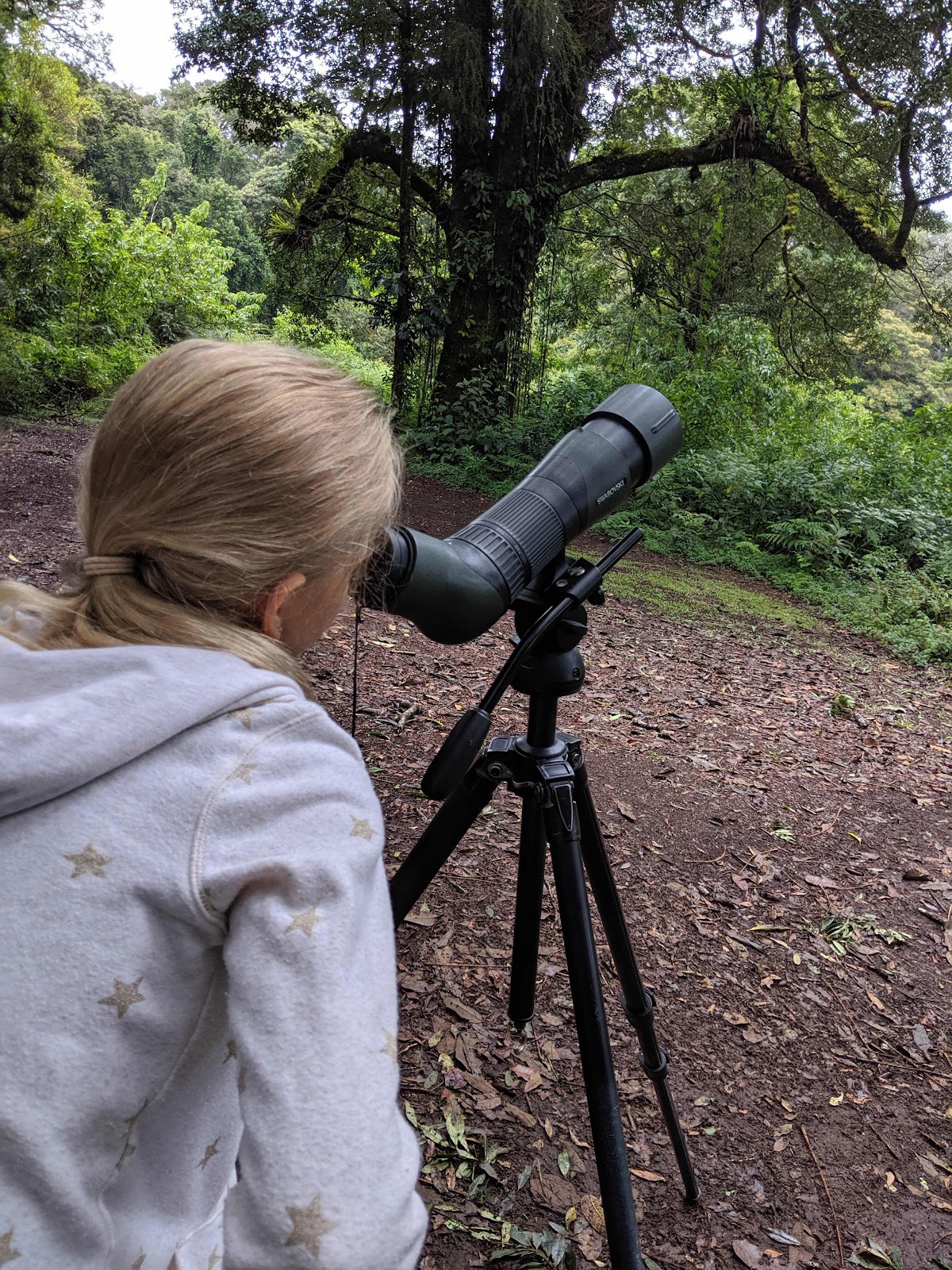 Checking out the wildlife 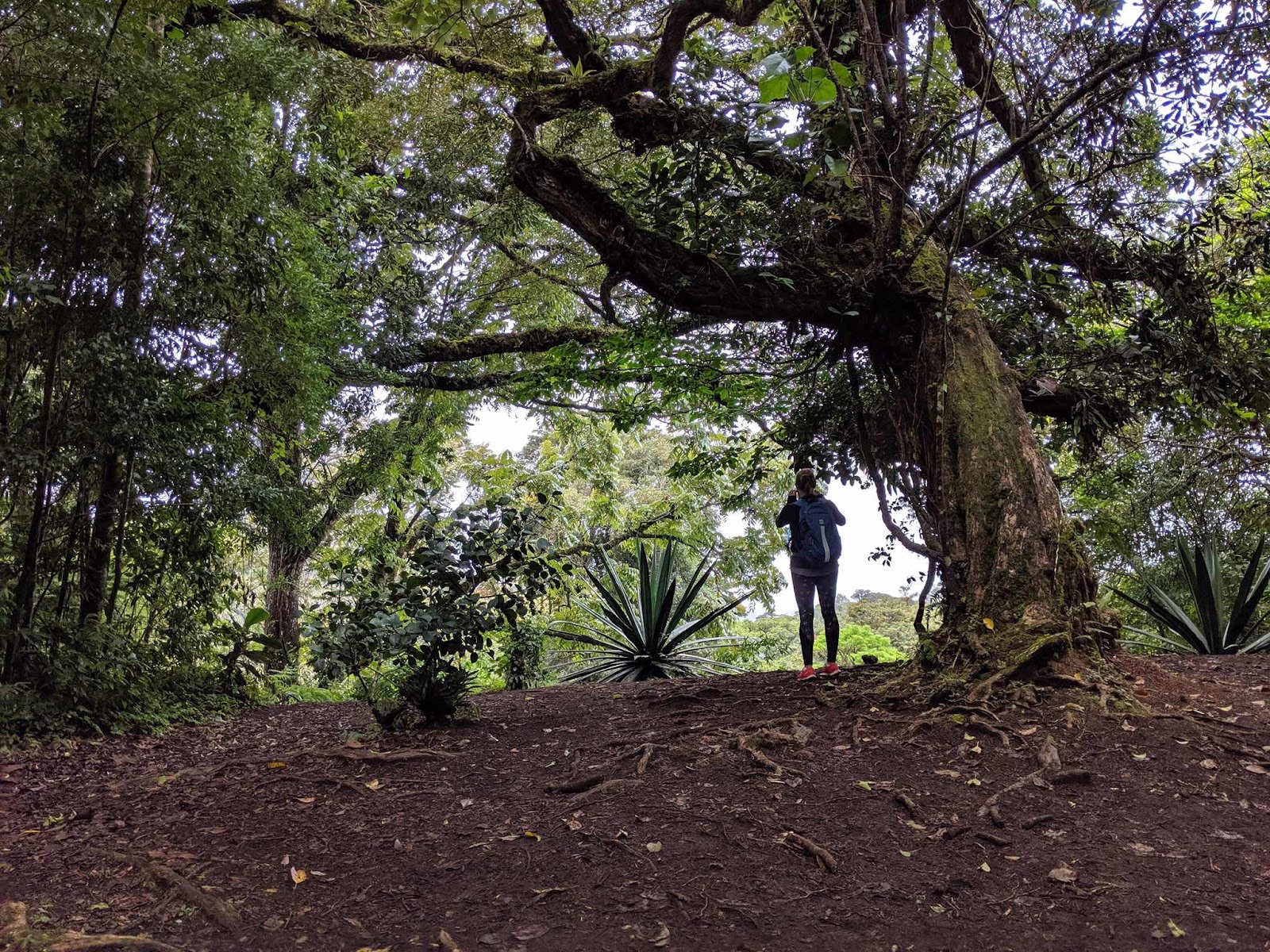 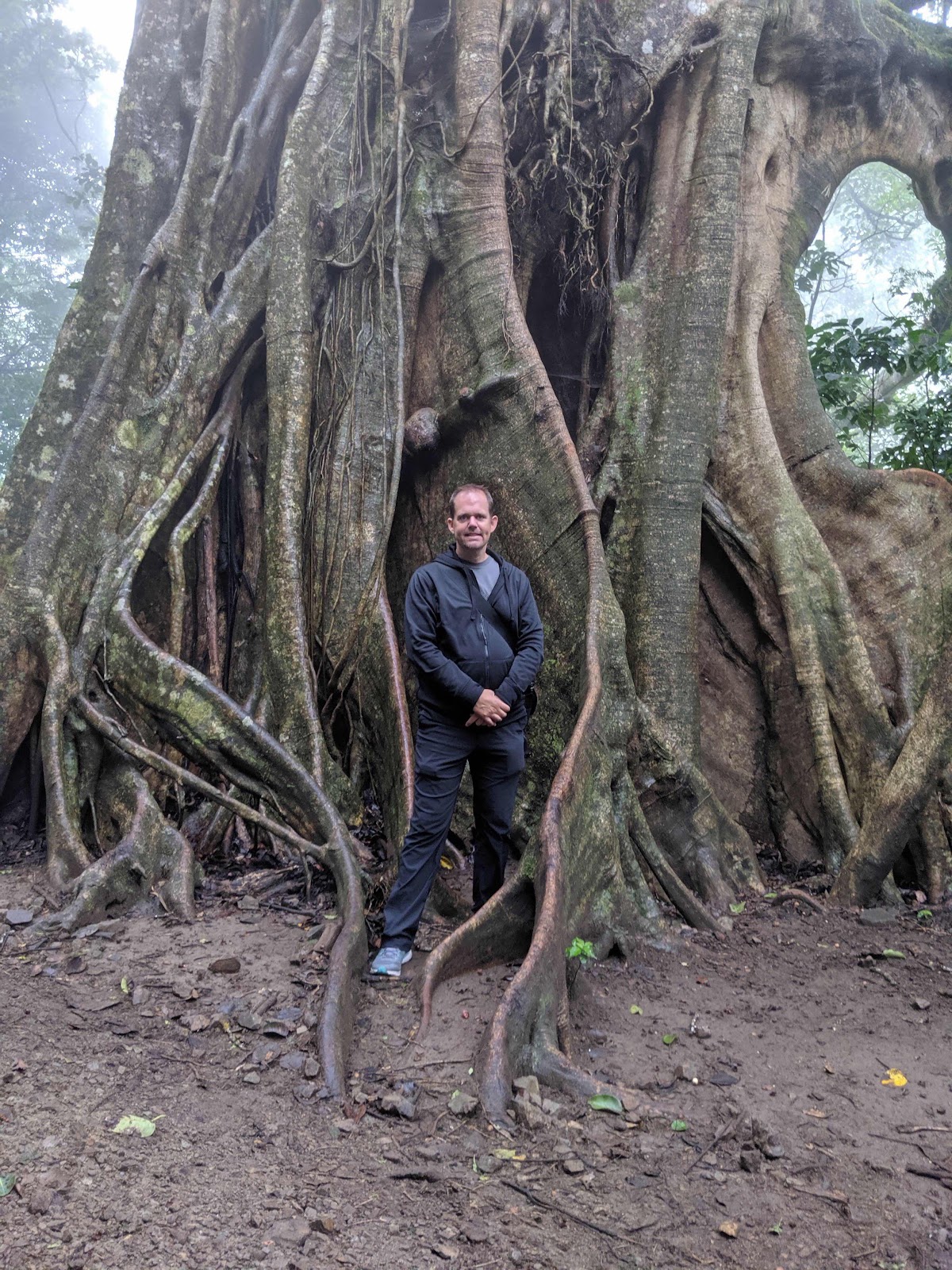 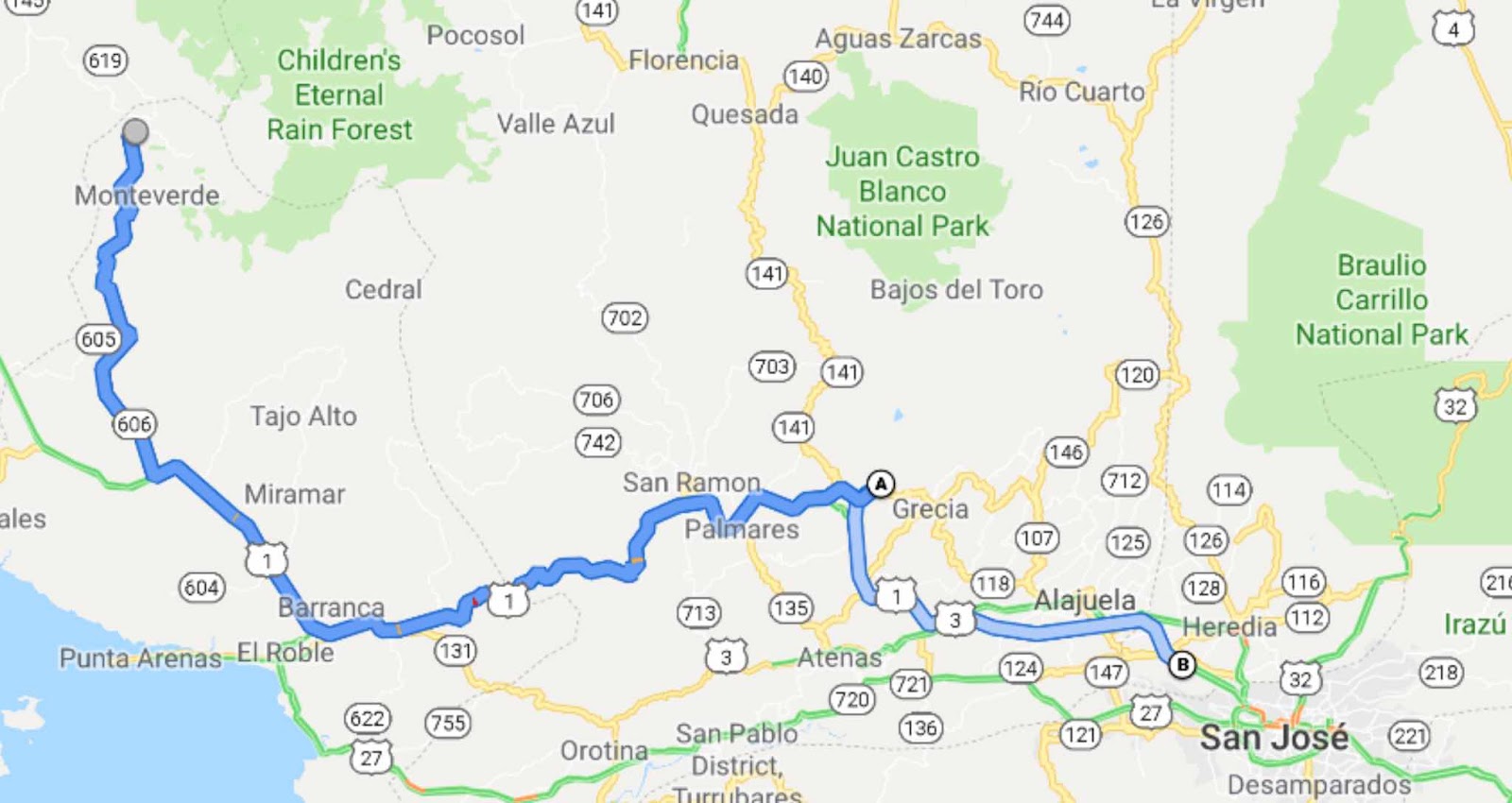 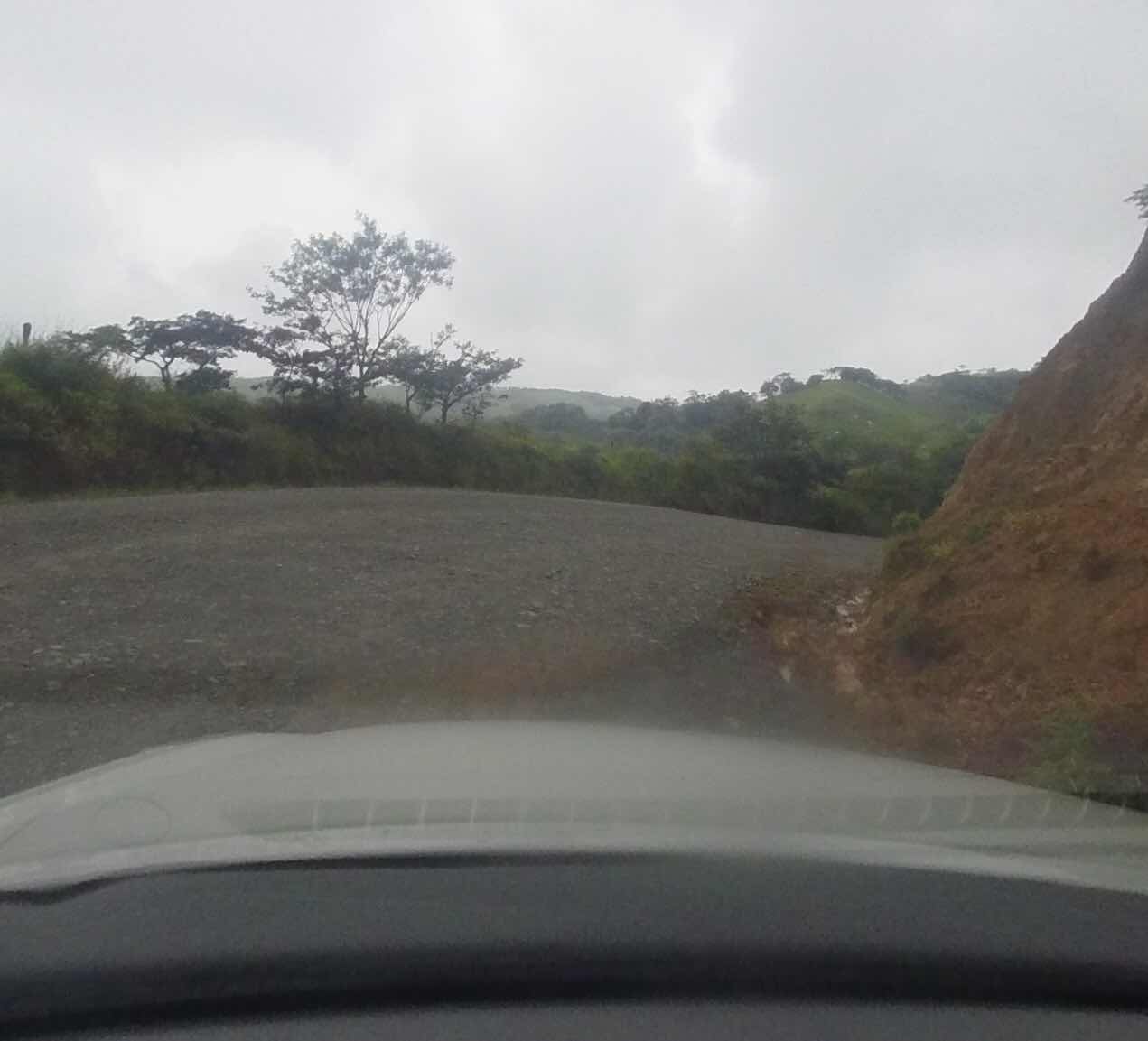 The drive down from Monteverde 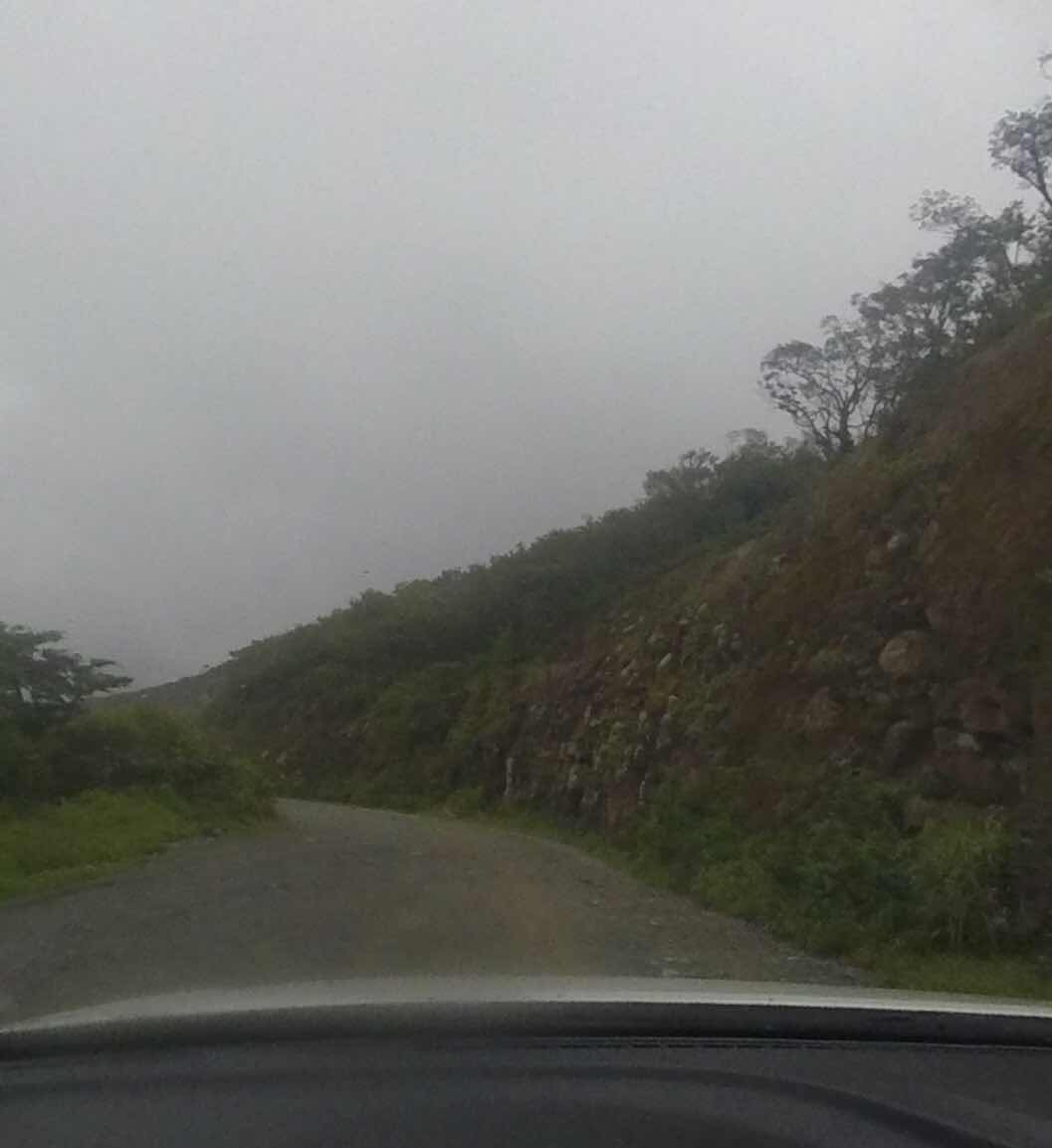 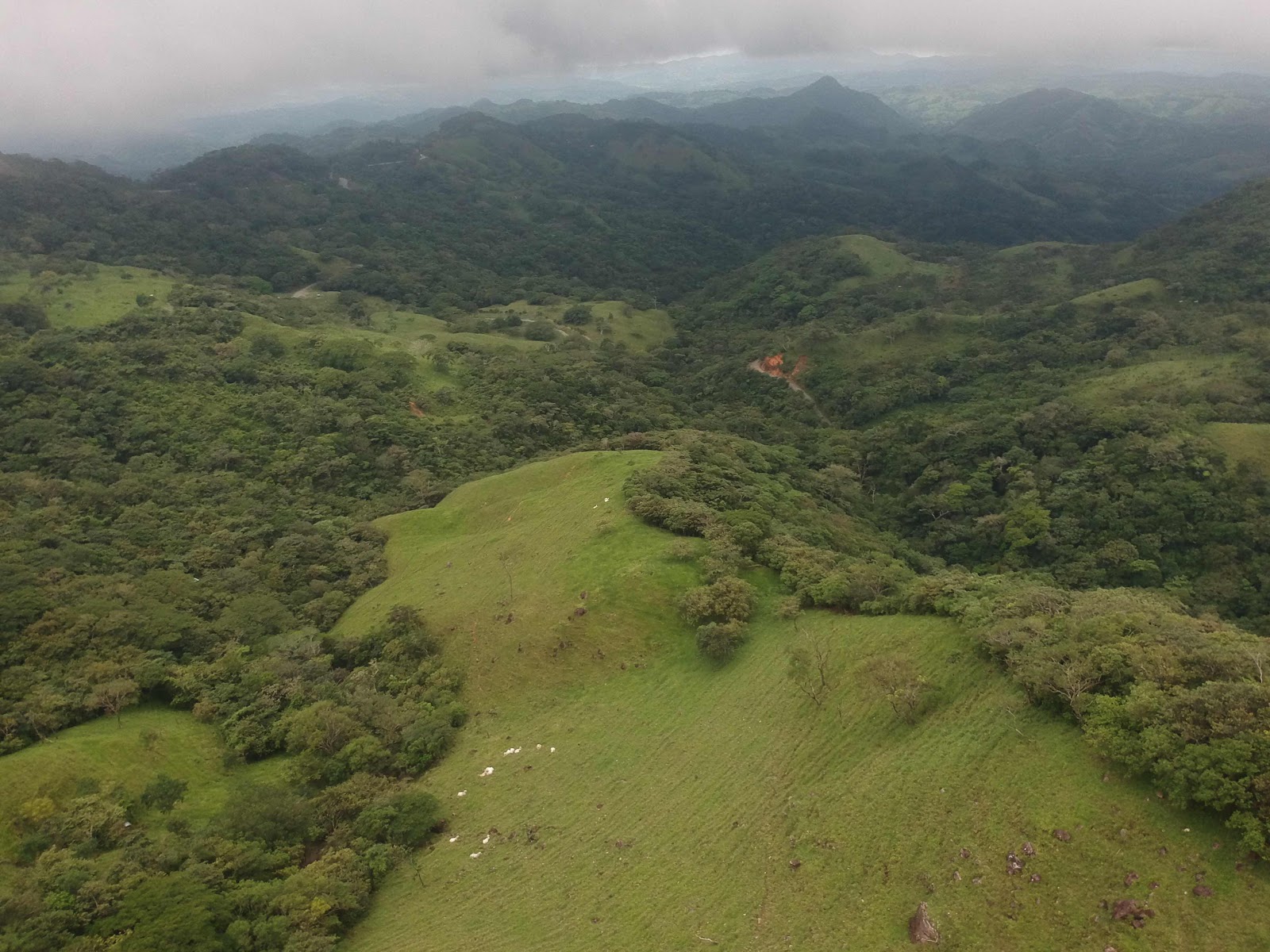 Stopped for one last drone flight 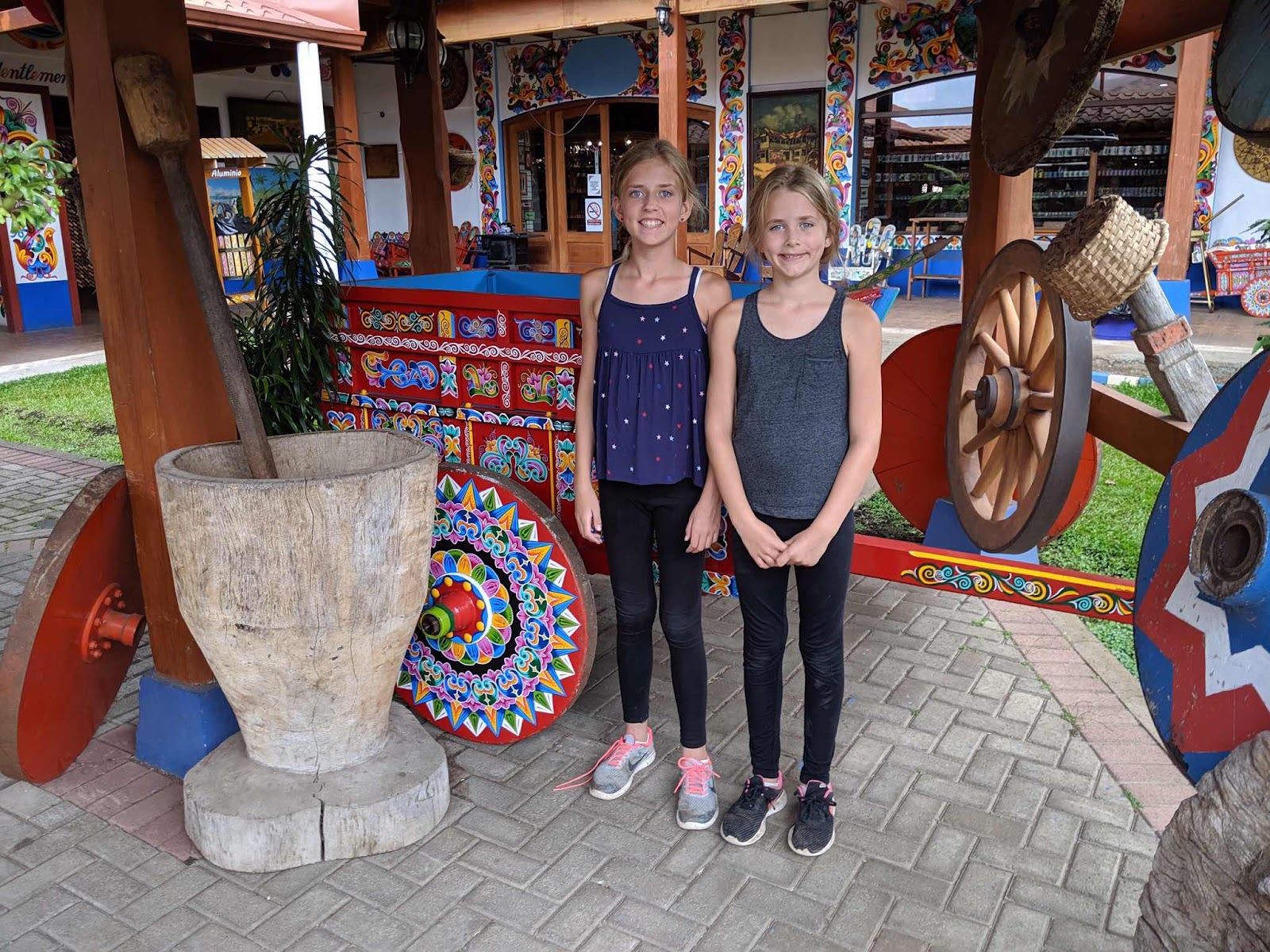