We’re kicking off our two weeks in Costa Rica with a bang and participating in a “must do” activity, zip lining! Costa Rica invented this activity and are pros at the entire experience.

We’re getting ahead of ourselves however. Zip lining was one of the few activities we pre-booked before arriving in Costa Rica so we had a reservation at 10:30 am that needed to be kept. Since it gets bright so early meant we had a few hours to fill before needing to depart. As was mentioned previously our hotel has an on site farm so after our 6:30 am breakfast we ventured down to the farm in order to milk the cow, collect eggs and even ride the resident horse, Toffee. According to Hannah this fulfilled three of her lifelong bucket list items of being able to milk a cow, collecting eggs from chickens and riding a horse.

Finally, 9:45 am rolled around so we drove around Arenal volcano to Sky Adventures to begin our zip lining activity. At some point in the day I think we were all a little nervous but we eventually got all harnessed up and took a scenic tram to the top of the mountain. From there it was seven zip lines to get back down to the bottom. The first and last lines were quite short but the middle five were amazing. With lengths of up to 750m and speeds reaching 40km/h there was still plenty of time to enjoy the view while zipping across the tree tops. After 2.5 hours we were all done and had worked up a appetite.

For lunch we ventured higher into the hillside to the village of El Castillo where there is a tiny Mexican restaurant that makes the best burritos and quesadillas. Not exactly a typical Costa Rican menu but the location alone was worth the visit. While in El Castillo we explored the surroundings as well. The owner of the restaurant suggested we drive further up the road for some amazing views. Following this advice we started our journey but soon the paved road ended and became a random assortment of rocks again with some concrete tire tracks. Based on my previous encounters with Costa Rican roads this was no problem but then the road just ended and became dirt. I continued navigating the giant ruts for a little while longer before giving up and continuing on foot. Then reward was worth the effort however as we did get to see some amazing views from a vantage point very few tourists get to experience.

By now it was getting later in the afternoon and with two tired children it was back to the hotel to enjoy the pool and hot springs one last time. The bar was open too so we treated ourselves to some fancy drinks as well.

Since we had a late and filling lunch we decided to venture back into La Fortuna in search of smaller dinner options. I had read good reviews of the Rainforest Cafe so we found a table and ordered a couple plates of nachos to share.

Now with two exhausted children and Shannon and I not too far behind we went back to the hotel for another early night. 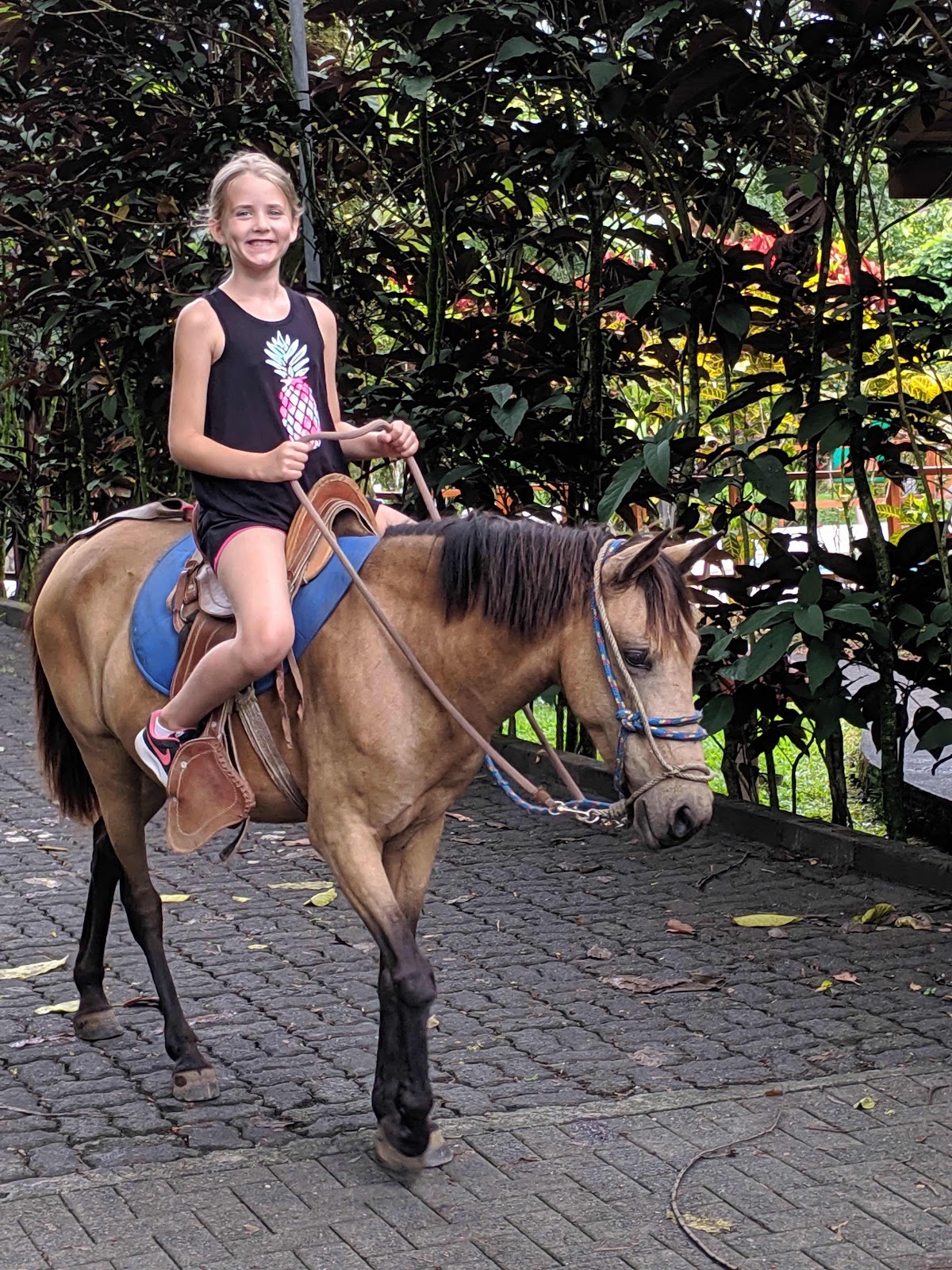 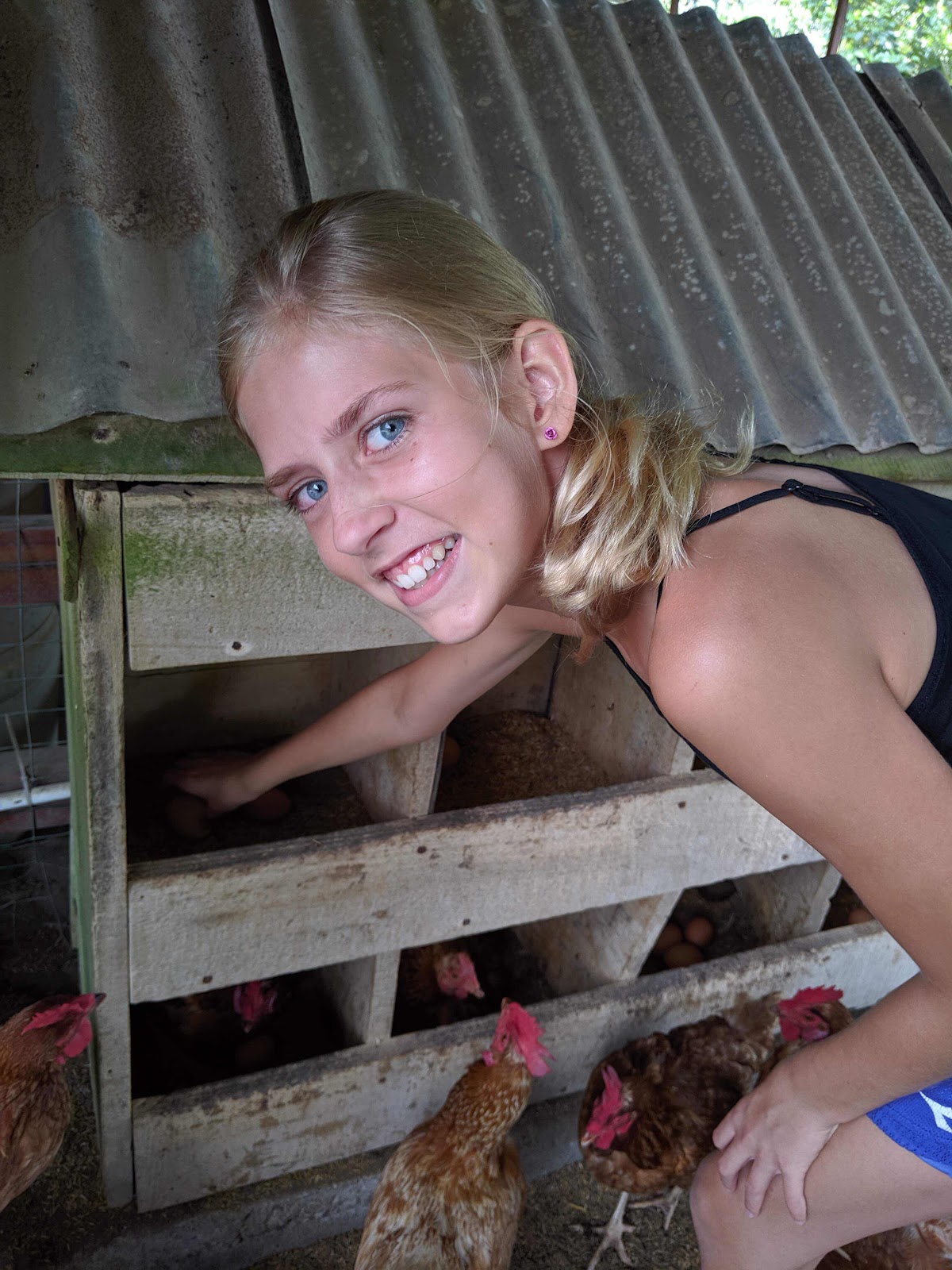 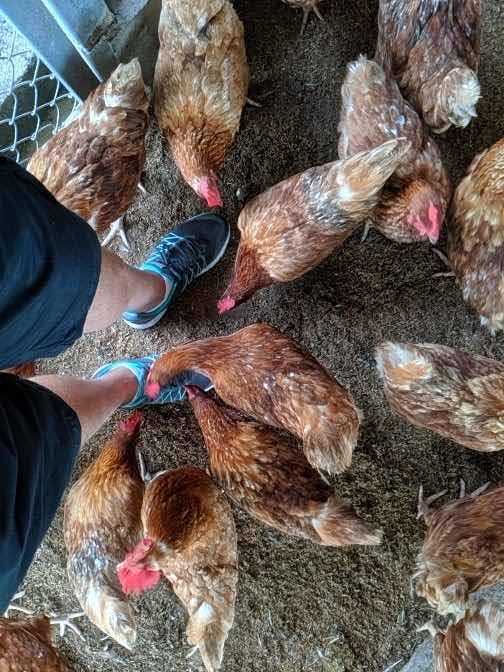 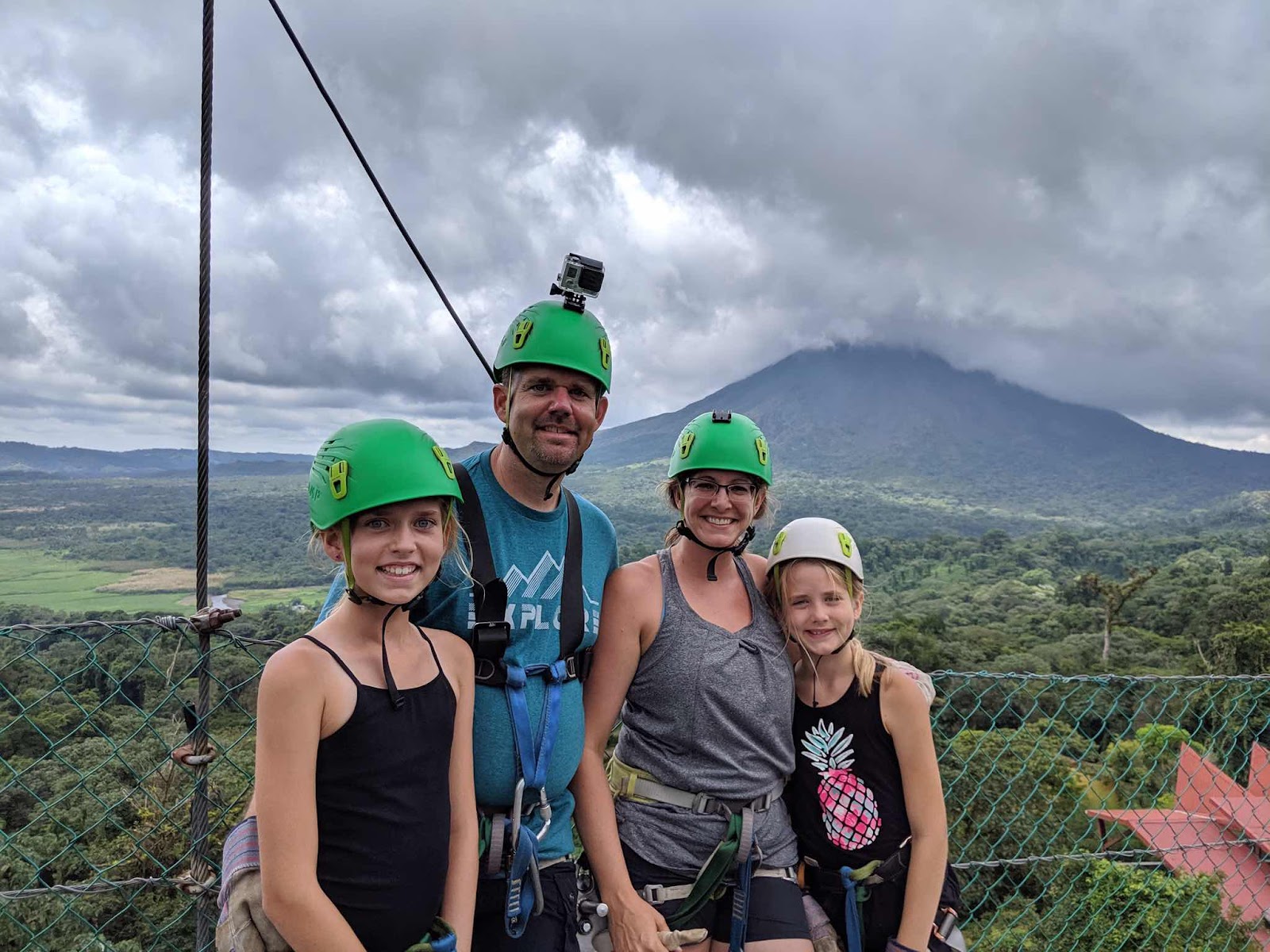 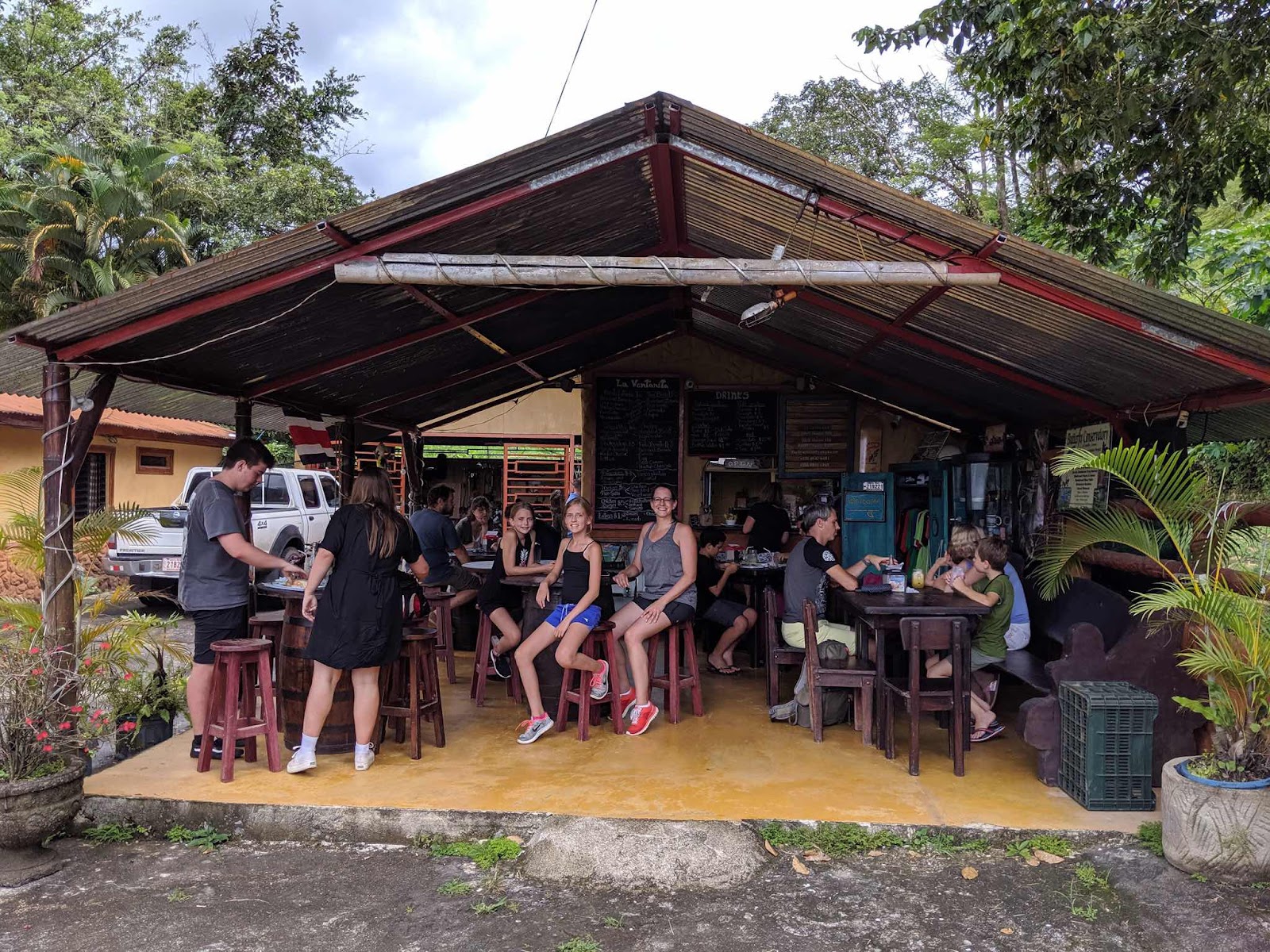 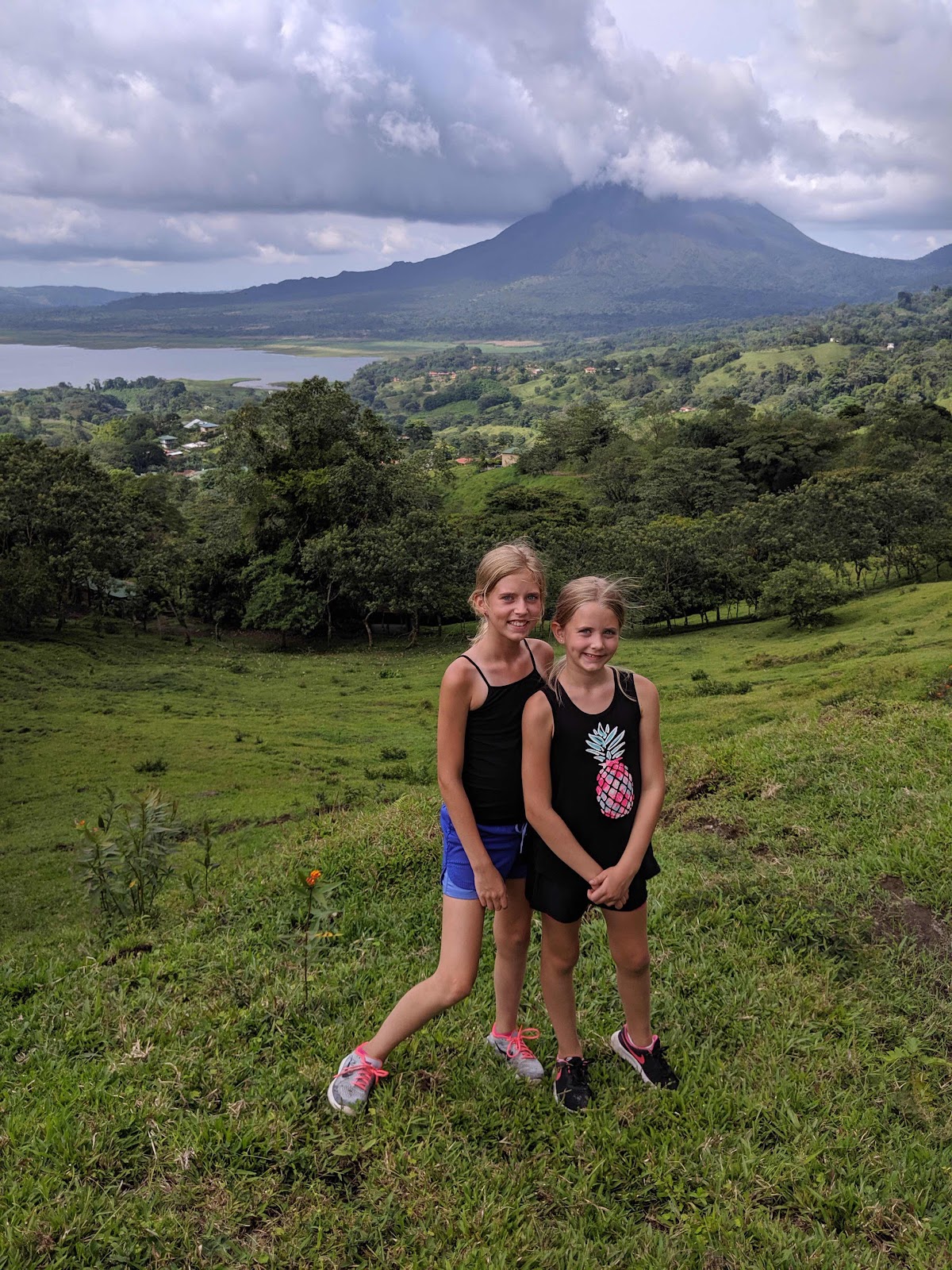 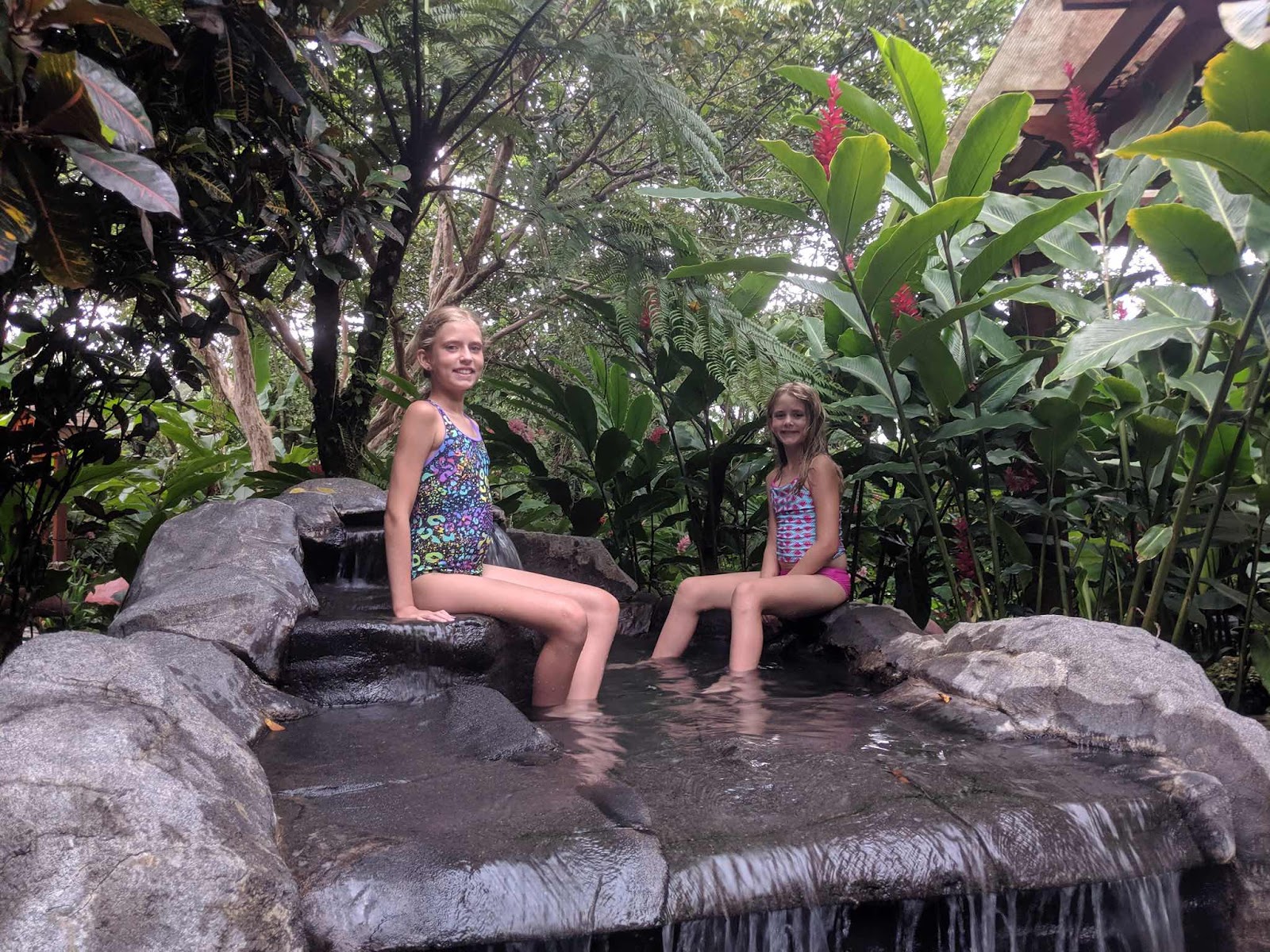