As the title suggests the main goal of today was to try to locate and find Playa Izquierda. Unlike most other beaches this beach is not as easy to find. It isn’t listed on any map, travel books do not mention it and there is no road that takes you there. What we were able to figure out was pieced together by reading some random travel blogs and asking the locals. Since there is no road to this beach it is only accessible by foot through mostly undeveloped jungle. It is mostly undeveloped because many years ago the entire area was going to be developed but the government never approved the plan. What was left behind is a labyrinth of old access roads and drainage ditches that nature has slowly taken over again. So we were able to vaguely figure out where an access point from an actual road should be so that is where we started our trek into the unknown. We were told there would be a handwritten sign to guide us and sure enough there was. Right off the bat however we had second thoughts due to the trail access being extremely muddy but we stubbornly persevered. After a little bit of walking the trail did improve and we found ourselves on one of the old access roads we heard about. There were no trail markers or any sort of signage so we were really left on our own with only the compasses and GPS on our phone to guide us. At times the path were were on also forked in multiple directions so we just kept making educated guesses on the direction to take. The two things we learnt about these trails was that there was a lookout high up on the bluff that provided amazing views and that there were a series of concrete steps that would take you the last few steps down the hillside to the beach. First up was the lookout which meant we kept taking trails that went up. Sure enough we eventually made it to the top and were rewarded as promised with some amazing views. The lookout we found was awesome but Anthony still is not convinced it is the same one mentioned by others since it didn’t quite look the same. Time was ticking however and we still had a beach and the elusive concrete steps to find. This time we knew we had to work our way down the hillside and follow the sound of the ocean. Amazingly our intuition paid off and the concrete stairs that were covered in moss and disintegrating in parts were found. The actual beach isn’t anything special but it was definitely secluded as it is protected by towering bluffs on both sides. Also, you need to time your arrival appropriately as the beach doesn’t even exist at high tide. By now we had already spent an hour or so getting to the beach so it was time to head back. Anthony is not one for retracing his steps so he managed to find an alternate trail through the jungle that “felt like” it was going in the right direction. Luckily Google Maps helped and we cold at least see our little blue dot moving in the right direction towards the nearest road. Sure enough after some further hiking, avoiding private property and jumping over a small creek we popped back out on a road and were then able to navigate ourselves back to the car. The hike was a lot of fun and we got to see some amazing scenery but the only bummer was the lack of wildlife. Then one common theme we heard about were all the monkeys that hung out in the jungle we hiked through but during our time there we didn’t see or hear any.

Lunchtime was now almost upon us so we made the quick drive back to our house, cooked up some leftover pasta for lunch and then spent a few hours playing in the pool and having a few rounds of Ziggity.

Our final task of the day was to head back into Samara to do some shopping from local artists, partake in a few happy hour drinks and finally enjoy another dinner on the beach. We mixed it up for dinner and went to Gusto’s Beach Restaurant for some Italian choices. Shannon and Anthony had a huge salad and the kids went with pasta and pizza. The restaurant was a little more touristy than we have been used to but the food was good and the views were too. 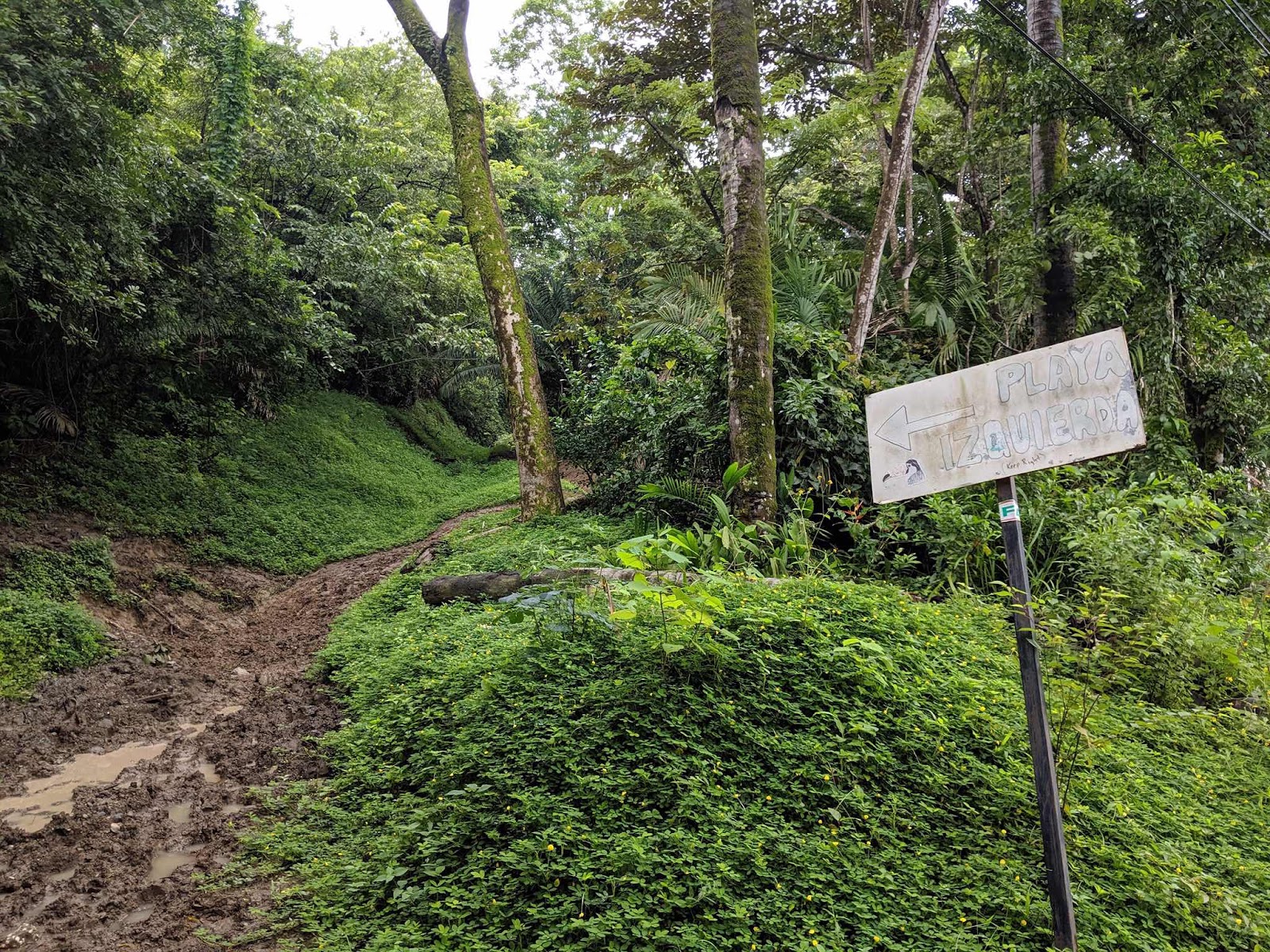 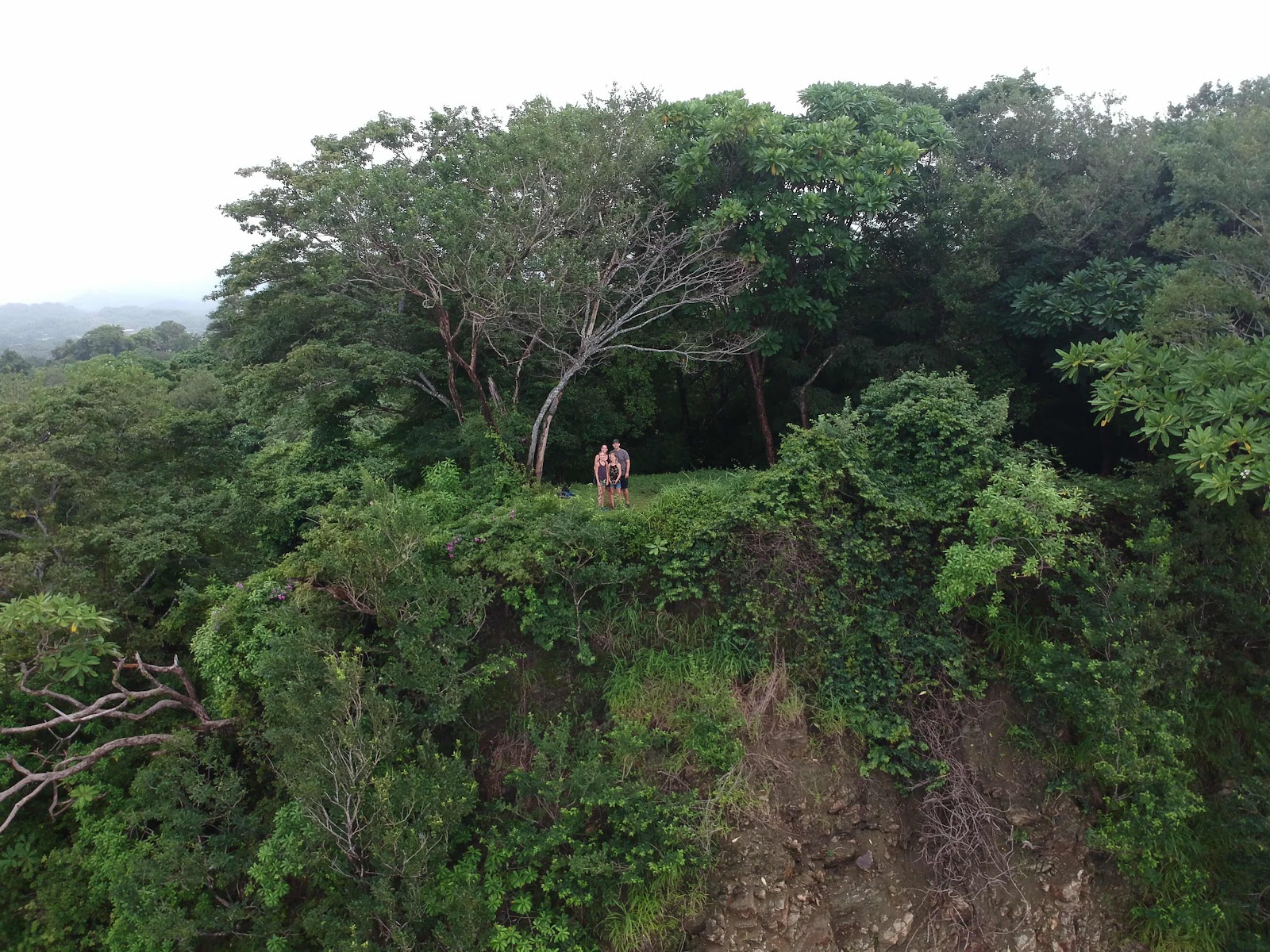 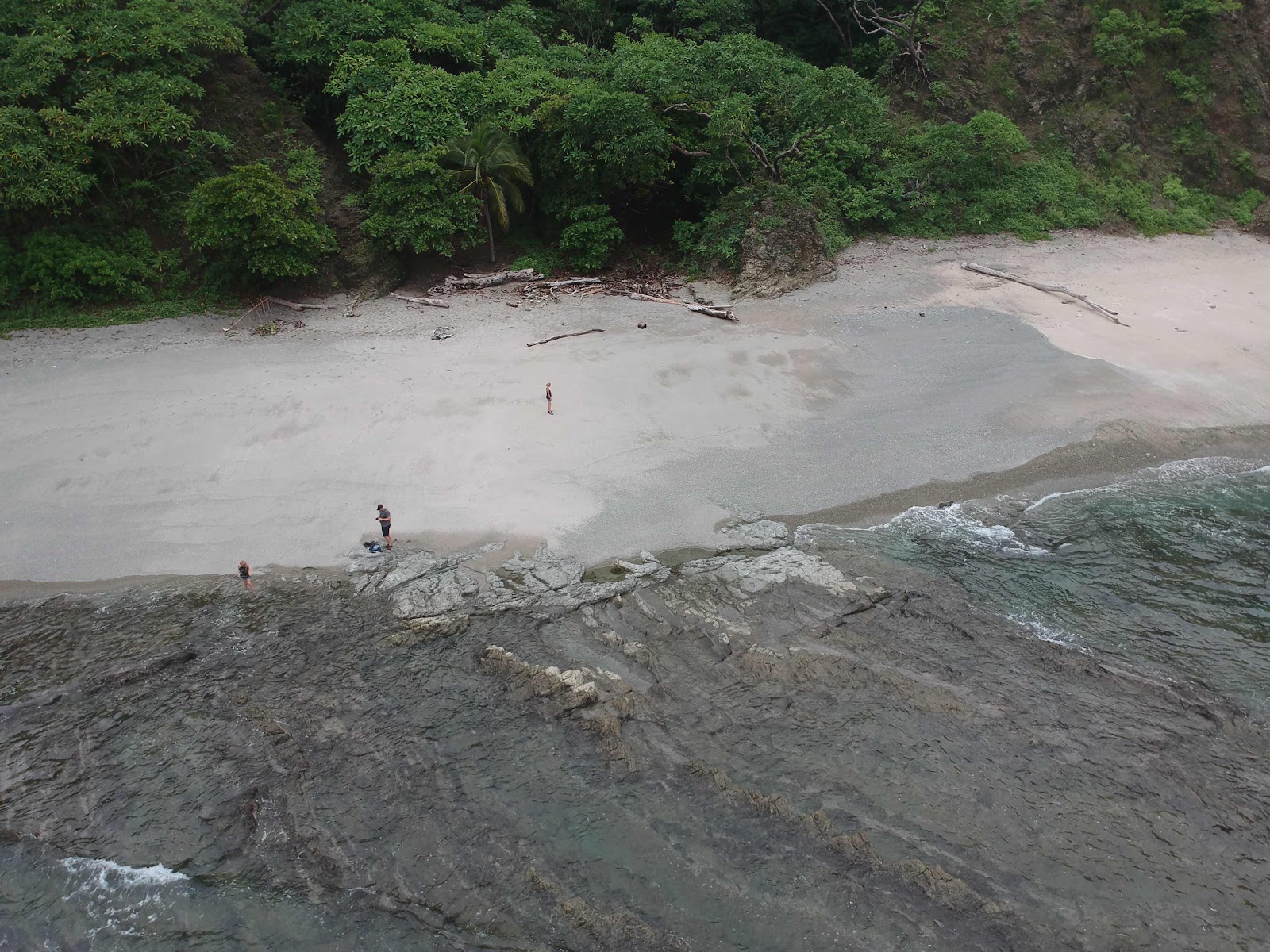 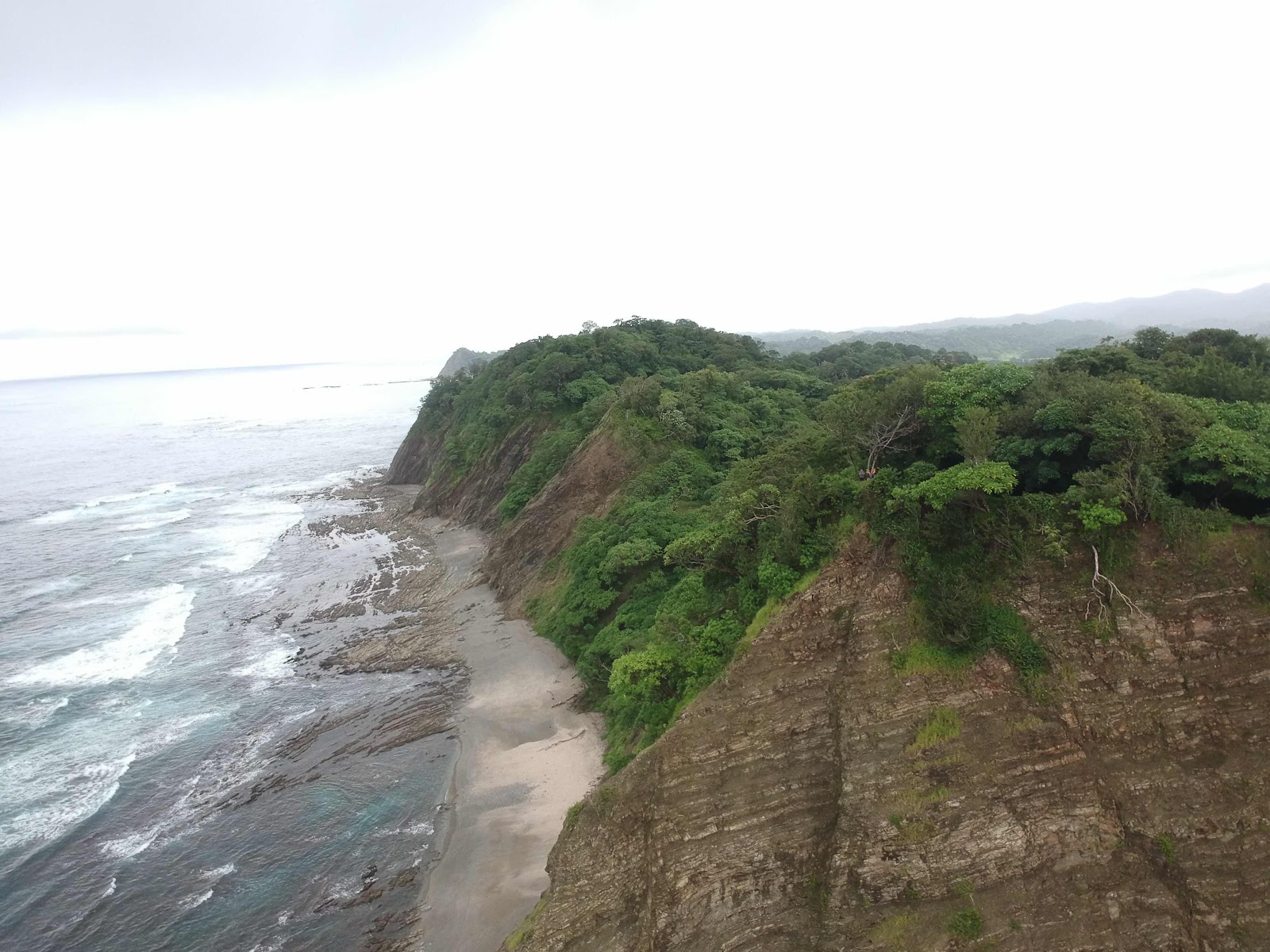 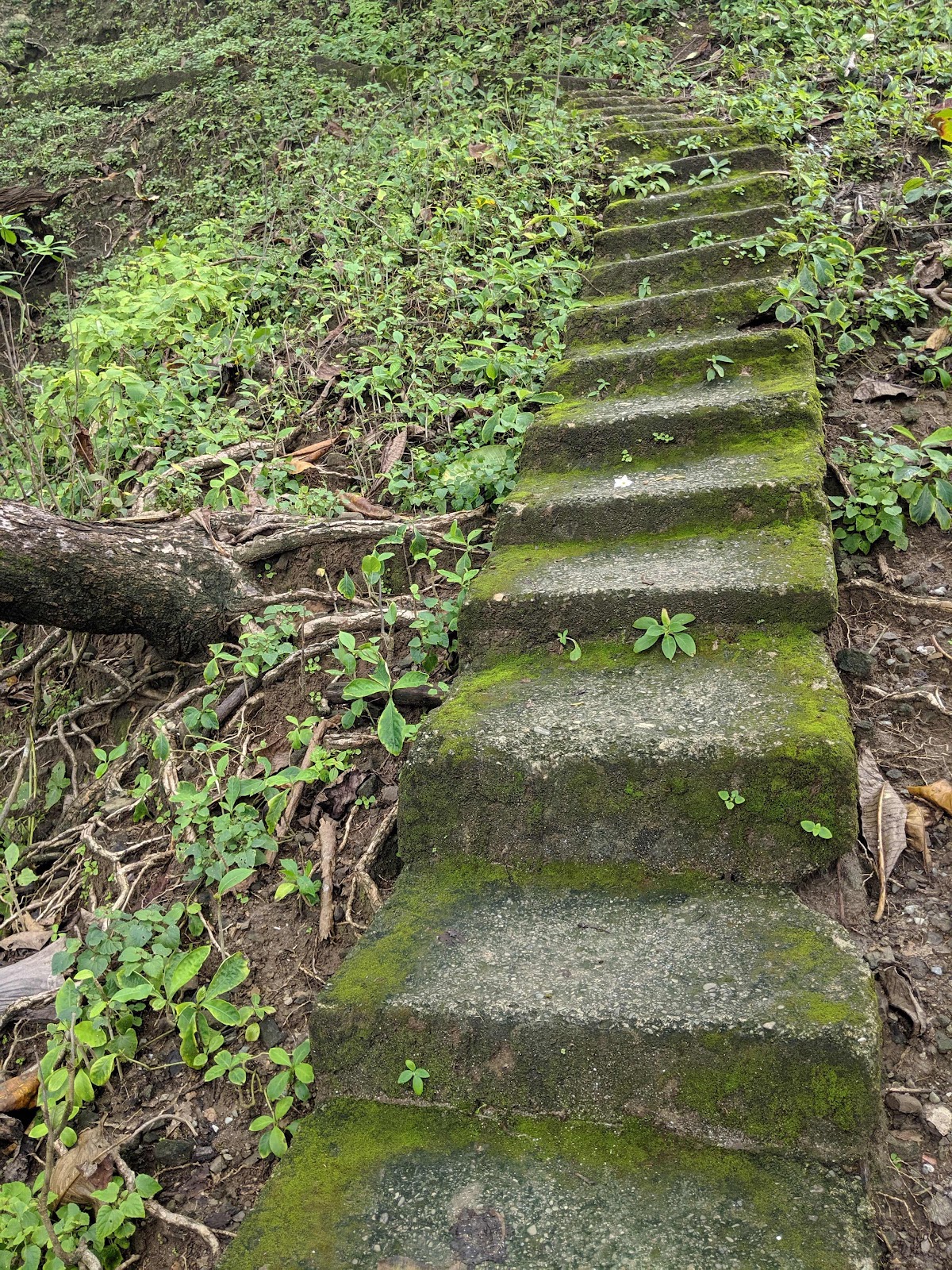 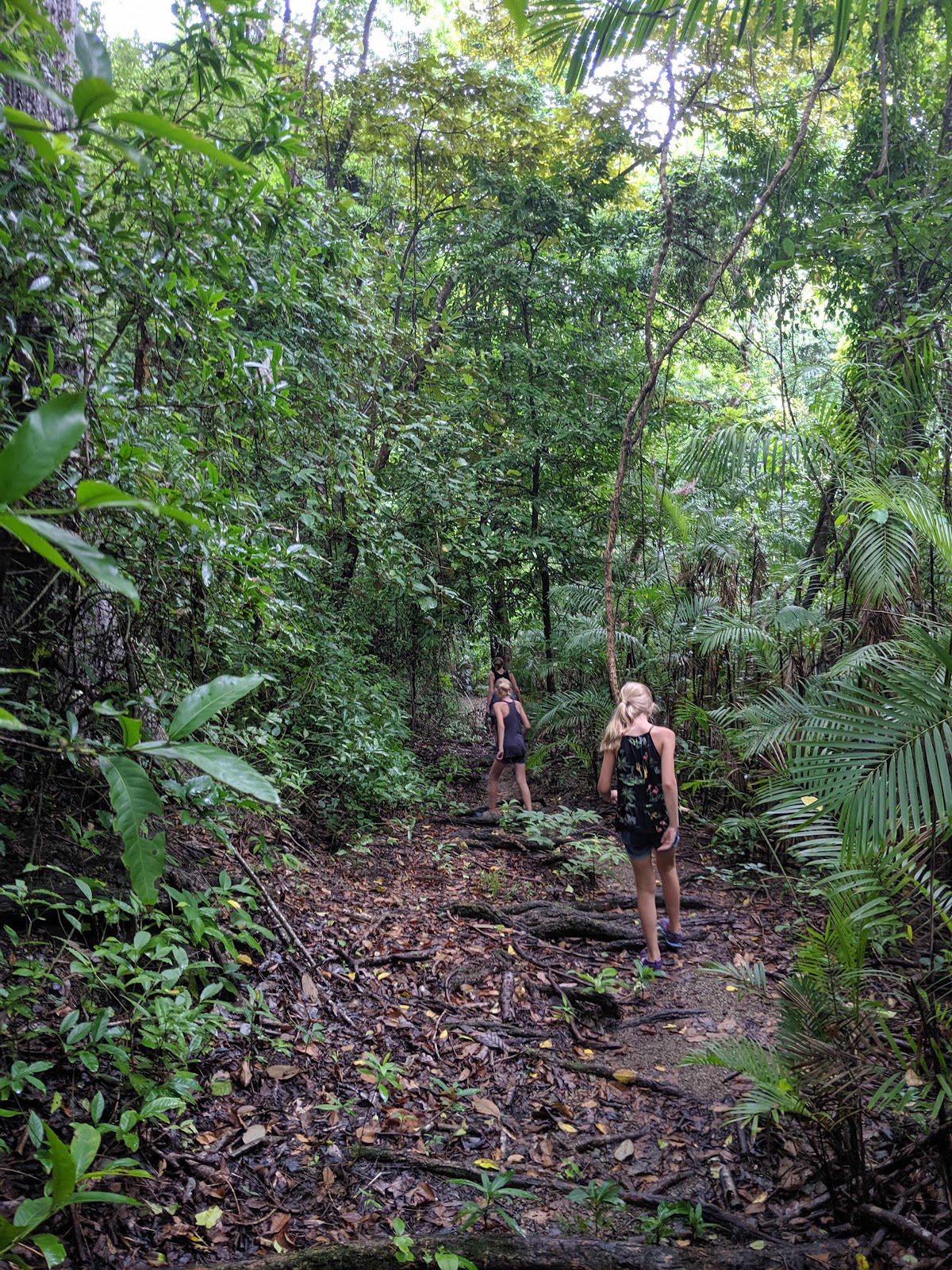 Returning back to car 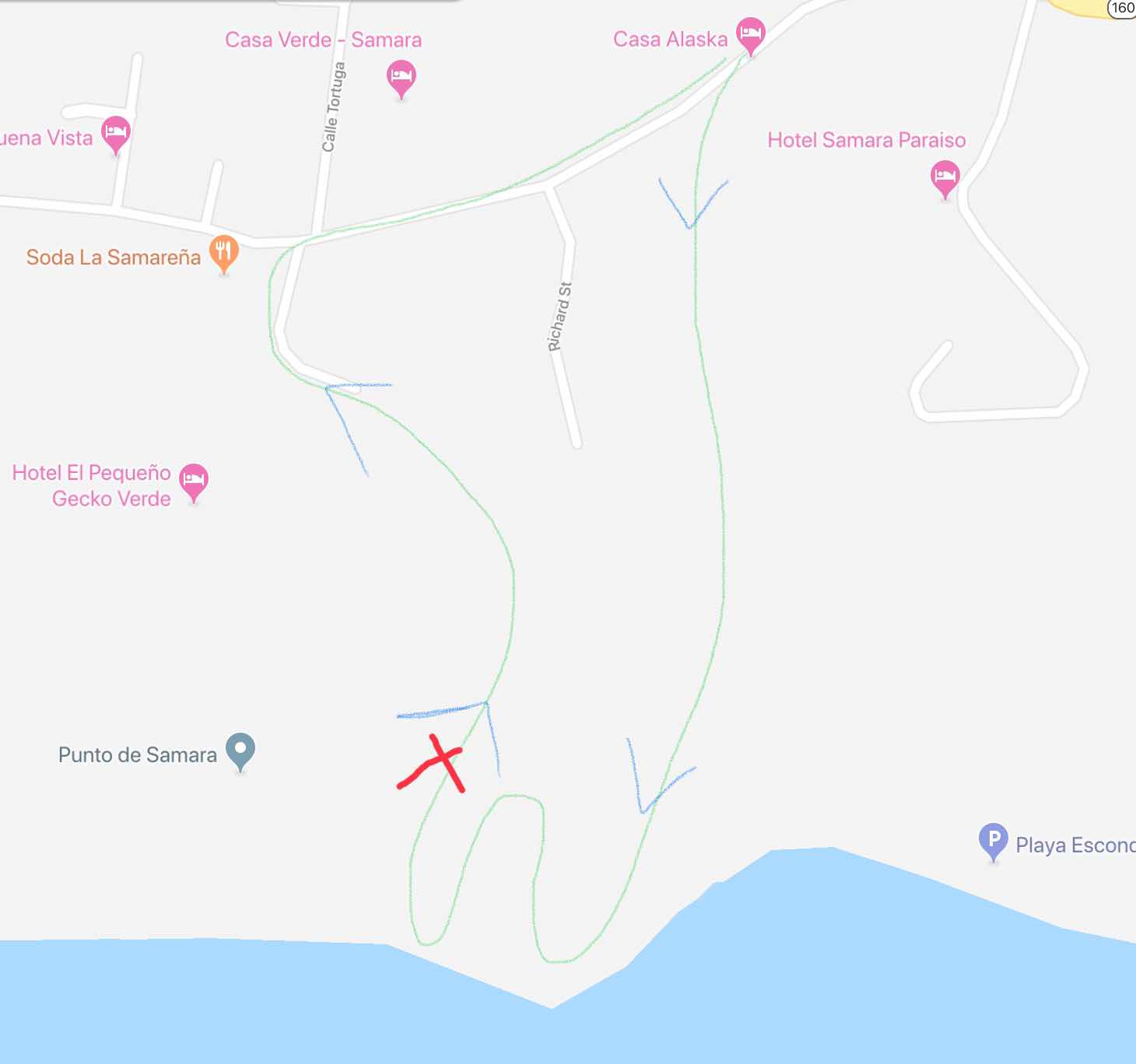 Approximate hike. Red ‘X’ is when Shannon
pulled out the compass 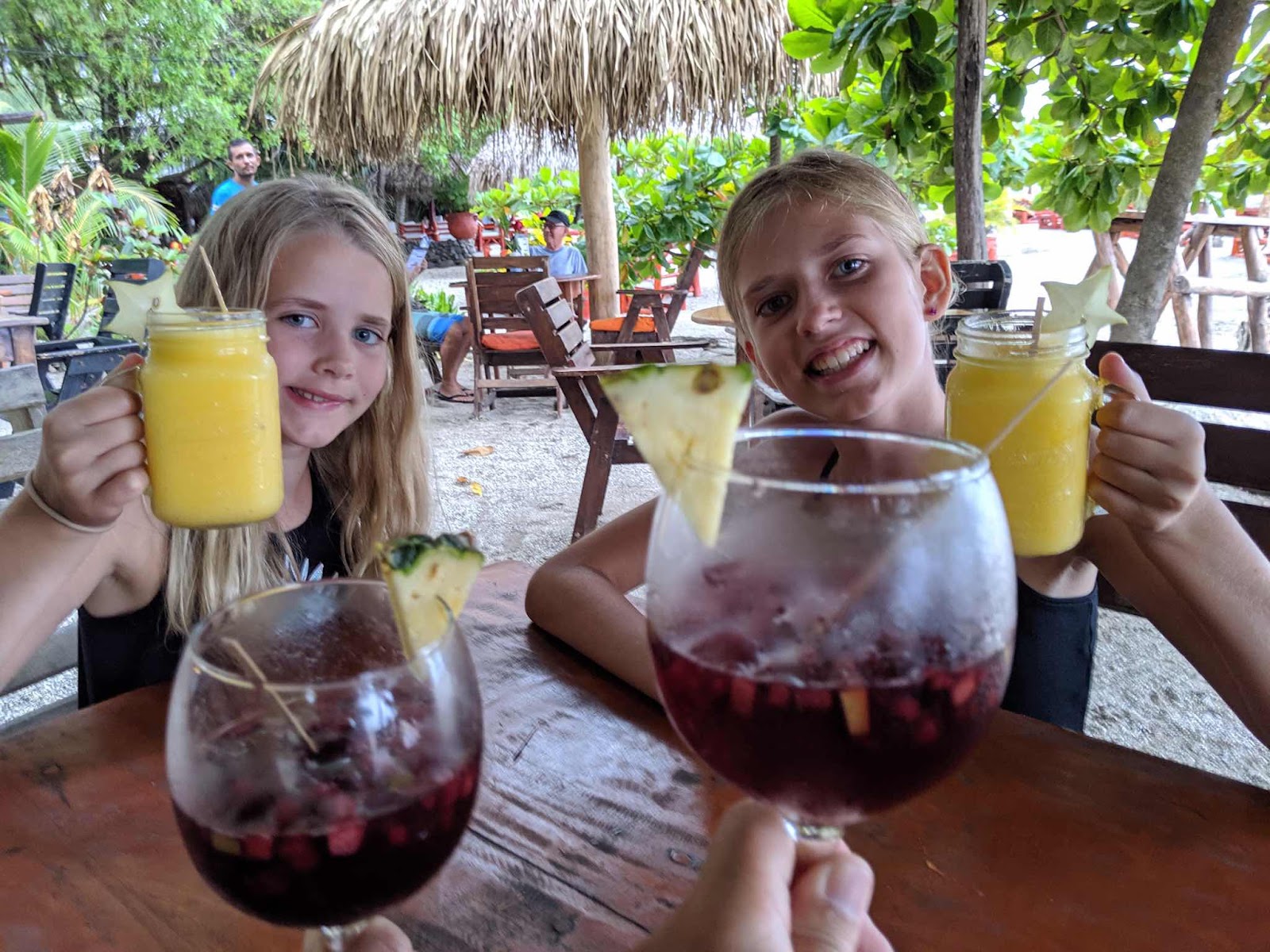 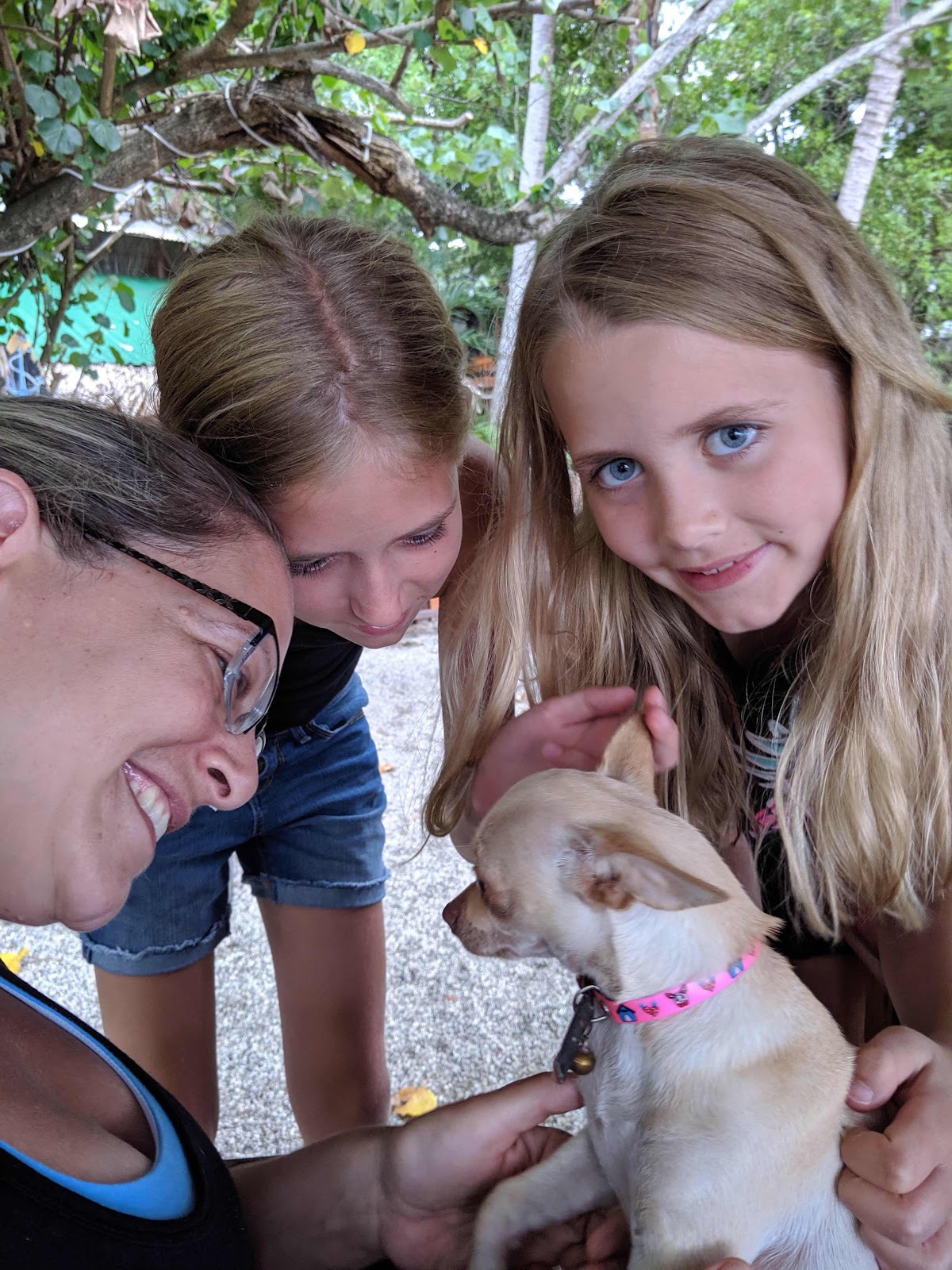 There is always a dog around 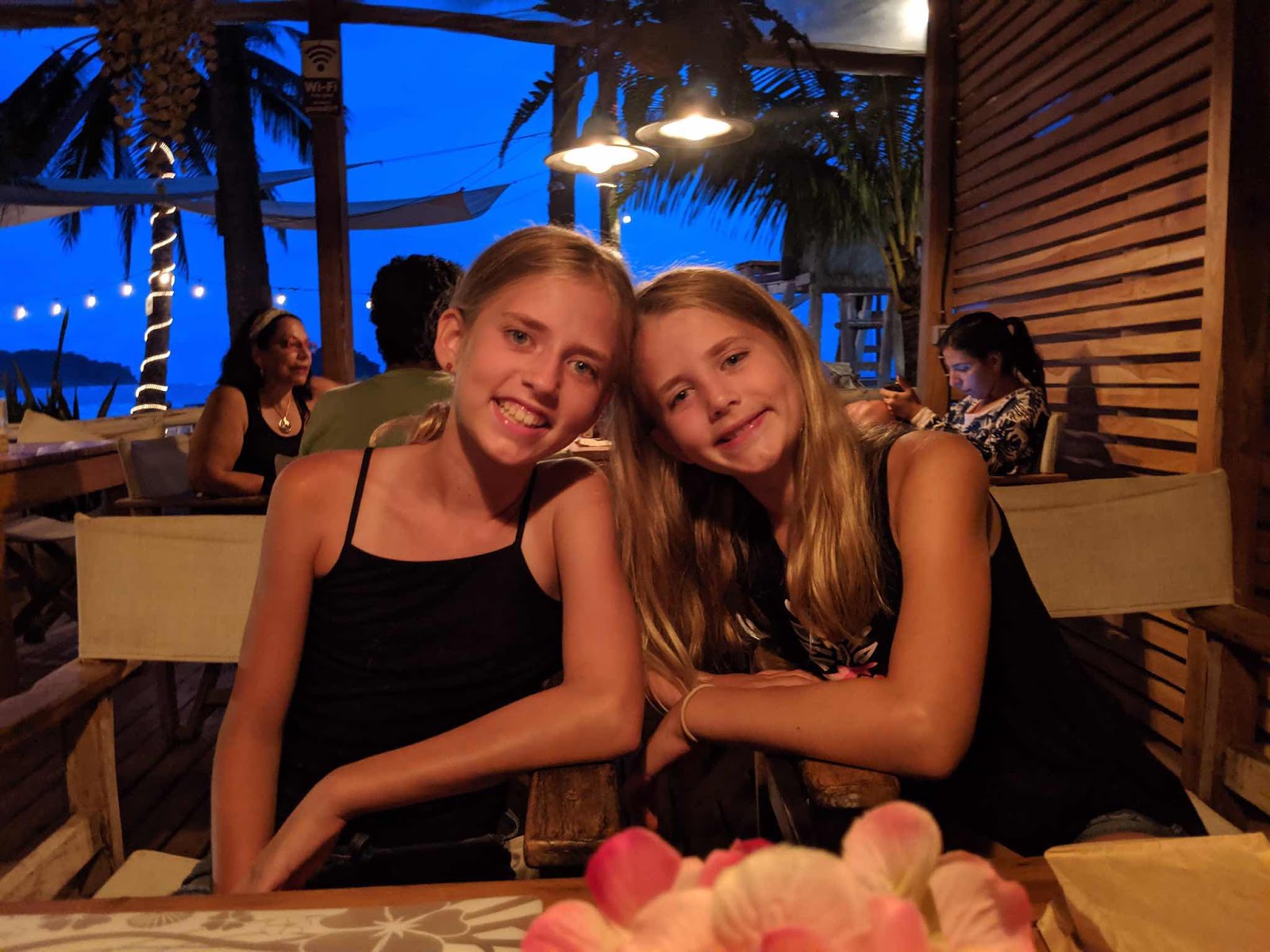 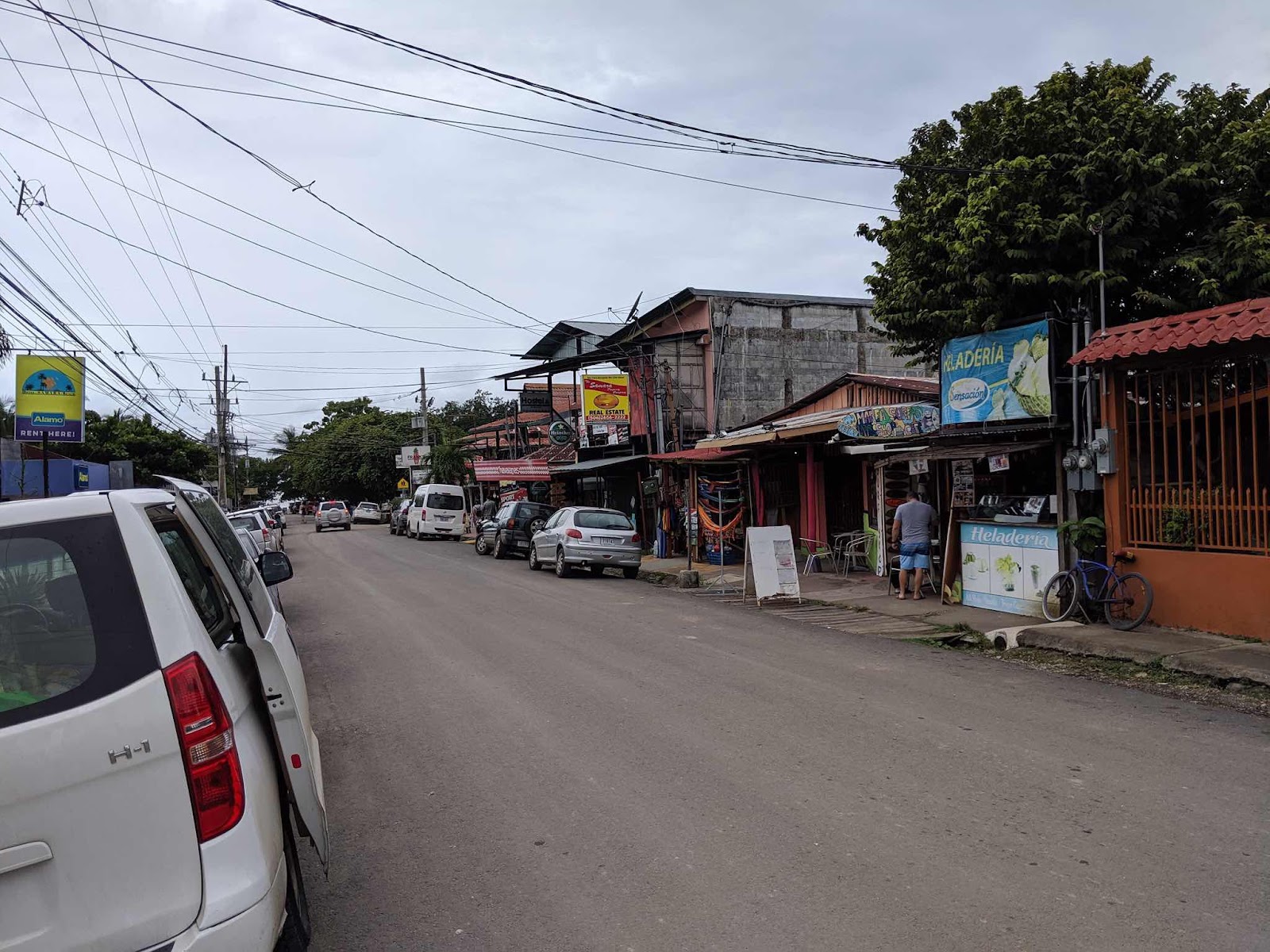