We have spent the past two days at an AirBnB in the village of Belton near Loughborough. Belton was chosen as a location for its proximity to Woodhouse Eaves, where my Dad's sister lives, as well as having a pub directly across the street.

Other than a little bit of shopping in nearby Loughborough the main reason for this leg of the trip was to visit with my Dad's family which included my aunt and uncle and three cousins. In order to accommodate everybody's schedule the plans were split into two days.

Belton is a village with a population of only 730 but it includes its own parish church, a very good pub and a shop. The church itself dates back to 1538. As mentioned previously the Queens Head is the village pub. Since it was across the street we made it our routine to visit each afternoon before dinner for a pint. On our final night we also decided to stay for dinner and we were all very happy with the restaurant which included nachos for £5 and 2 steak dinners plus a bottle of wine for £29.50!

Woodhouse Eaves lies beneath Beacon Hill and under the eaves of Charnwood Forest, hence the name. Charnwood Forest is England’s unexpected uplands. Having been created in a volcanic eruption 600 million years ago in the oceans near the South Pole. The village was formed in 1844 and its main industry was framework knitting as well as the Swithland slate pits half a mile away. Today the village mainly serves commuters to the larger nearby cities. The larger percentage of older homes however makes it one of the more expensive communities in the country to live. Our first visit to Woodhouse Eaves was yesterday and we met up with my cousin Paul and his family. Unfortunately, their daughter was already attending boarding school in Rugby and was not able to attend. On this day we visited the Curzon Arms for lunch. This was yet another excellent pub and it even still had spots for horses in its parking lot! It also happened to be the Horticultural and Craft show this day where locals submitted an assortment of flowers, vegetables, baked items and crafts for judging. Some categories seemed oddly specific but it was still interesting to get a glimpse into what village life at Woodhouse Eaves is like. We returned the following day for our second visit. This time around we spent the entire afternoon at my aunt and uncle's home and were joined by my remaining two cousins, Steven and Mark. It had been ten years since we last got together so this was a much appreciated reunion. Mark was also joined by his wife and two children. Since it had been ten years, their son and daughter had also clearly grown up a lot since we last met as well. I wished my family could have attended as well but maybe some time in the future we will be able to make that happen. 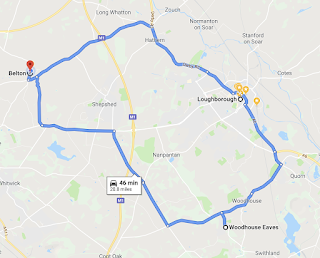 A few pics from Belton... 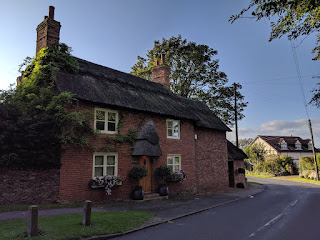 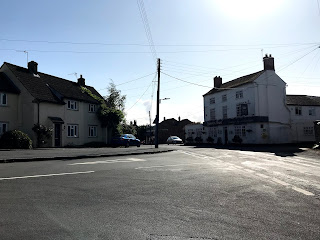 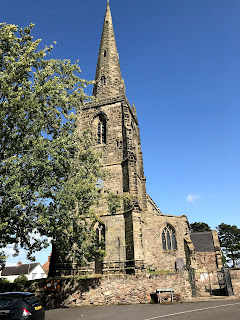 Moving on to Woodhouse Eaves... 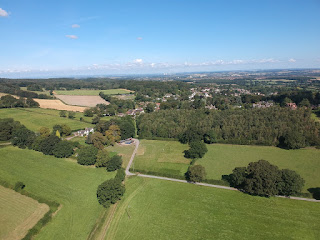 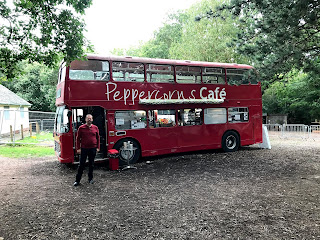 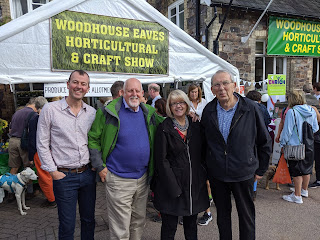 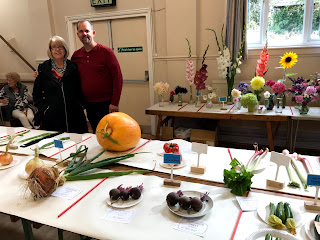 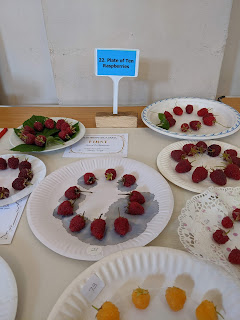 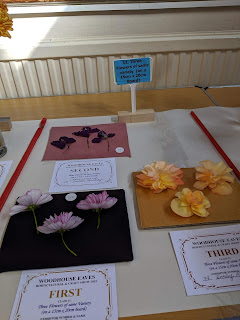 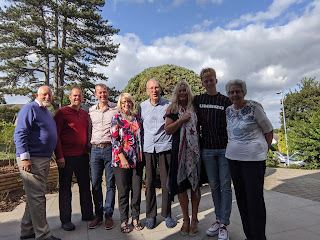 My aunt Pam, uncle Don and cousin Paul and his family 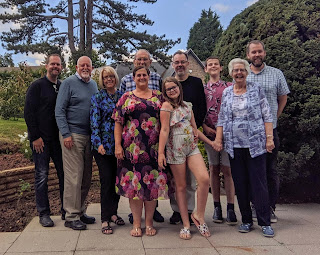 My cousins Steven and Mark