We had one more long travel day ahead of us as we needed to leave our Premier Inn lodging in Rubery (where my Dad was born and grew up) and make all the way to Bethel in the northwest corner of Wales where a good chunk of my Mom's family is from.

Just like yesterday our journey along the M6 this time was met with considerable traffic and construction which increased our travel time. Our initial destination en route to Wales was Chester which is where the Cheshire Oaks designer outlet mall is. Yes, more shopping.  Our main focus for this stop was the Cadbury store for some delectable British chocolate but we also checked out the Next and M&S outlets as well. Next is a great British clothing store that I always enjoy exploring each time I visit the United Kingdom.

A couple hours later we were back on the road again and soon after we finally entered Wales and continued along the A55 towards Colwyn Bay and the quaint seaside community of Rhos-on-Sea. We stopped in Rhos-on-Sea in order to visit St. Trillo's Chapel which is thought to be the smallest chapel in Britain. The chapel can only seat six people and has an interesting history. The chapel is named after a 6th century saint who built his cell at the same location. The location was chosen as it was directly over a well that provided access to an ancient spring. Even though it is small the site has continued to be a location for Christian worship for 1500 years!

Celtic monks usually built an enclosure round their cell so that they could farm to feed themselves. This was known as a "Llan." This is how Llandrillo yn Rhos (the original name of Rhos-on-Sea)
got its name. Rhos means marsh, so the name means the "Llan of St. Trillo by the marsh." The surrounding area would have been marshy as originally it was an island formed by two branches of
the local river.

After getting our fill of the seaside and history we were back in the car for the final leg to Bethel. Luckily this leg was only 30 minutes so it didn't take too long to arrive at the familiar surroundings of 5 Stad Eryri. We were greeted by my aunt and uncle and were promptly offered a cup of tea.

To finish off the day we headed over to my cousin's house for some fish and chips. My other cousin's kids were there also which was a nice surprise as I don't get to see them very often at all. My cousin lives on a farm and in addition to maintaining sheep he also has been quite successful breeding a variety of dogs. When were there he had a new litter of pure bred sheep dogs that were three weeks old. Both my Mom and I couldn't pass up the chance to have some cuddle time with the adorable puppies. 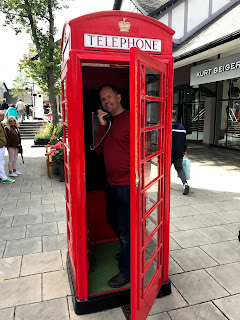 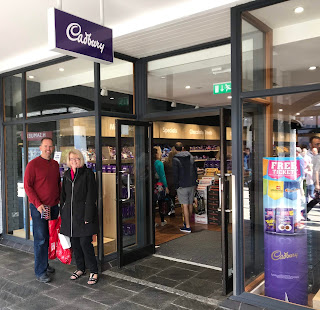 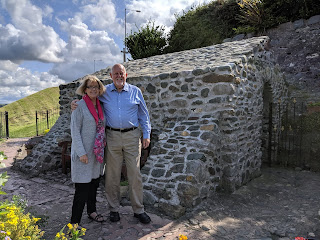 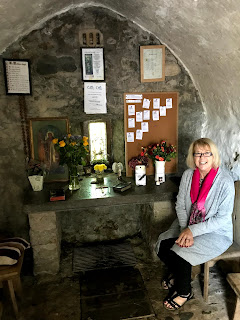 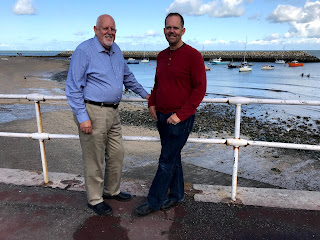 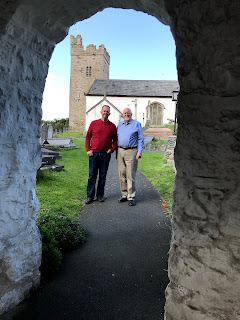 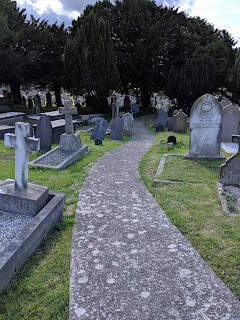 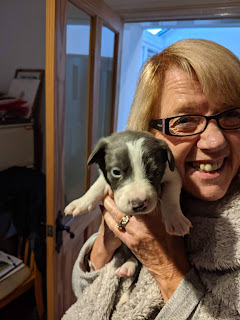 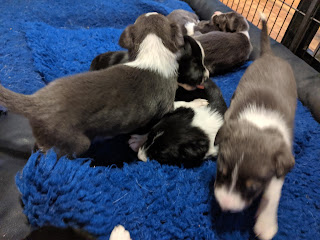