Hello and welcome to a blustery day here in Wales. The sun was at least kind enough to make an appearance in the morning for us but not without a healthy dose of wind to go along with it.

Continuing with our plan to not have a plan we decided this morning that a trip to Llandudno could be fun as it would provide the desired shopping locations as well as some interesting scenery to explore. Before even heading off to Llandudno however we first made a quick detour to Caernarfon to check out the shops and top up the gas tank. While touring around the shops of Caernarfon we made an obligatory pass by the Black Boy Inn. This bar has been present for many years in Caernarfon and hasn't changed very much since my Mom would frequent it as a teenager to pick up boys. I did find it interesting that painted on the side of the wall of the Black Boy was an advertisement for award winning toilets. First of all is that really worth promoting? Second, who actually is in charge of evaluating and handing at awards for toilets? That would be quite the job.

Upon arriving in Llandudno a few hours later we (ie. Anthony) decided a trip to the top of Great Orme could be fun. The Great Orme is one of North Wales' most distinctive landmarks, and it was the Vikings who gave it its name. Orme, meaning 'worm' or 'sea serpent' describes the promontory overlooking Llandudno very well: a hulking mass encroaching into the lapping Irish Sea. Great Orme was the location for massive extraction of valuable copper ore by Bronze Age Britons. Today, Great Orme is the only Bronze Age copper mine open to the public in the world.

The are a number of options for reaching the top of Great Orme. You can drive up for free, take the scenic toll road, travel on a cable car or be a passenger on the historic tramway. Since I wasn't interested in driving to the top and the cable car appeared to be closed for good the tramway it was! Construction of the Great Orme tramway began in 1901 and is Great Britain's only remaining cable-operated street tramway, and one of only a few surviving in the world. Once at the summit we were greeted with plenty of wind but at least it was sunny so we captured a few pictures before making the return journey to the bottom.

With exploration of Great Orme complete we were now able to focus our attention on shopping which mainly involved checking out the clothing at Next and the food from ASDA. I wasn't too lucky finding what I was looking for at Next but later realized I could just pick what I wanted online and have it shipped to any store the next day for free. Needless to say I'm sure you know what I am doing instead now. I even found a few items that I am sure Avery and Hannah will like.

Our evening ended with a delicious dinner provided by my aunt Olwen. My second cousin stopped by too which was a nice surprise. 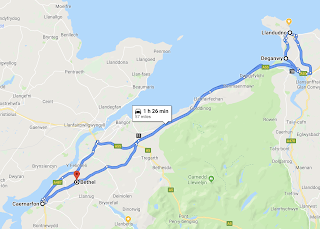 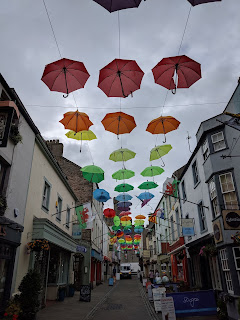 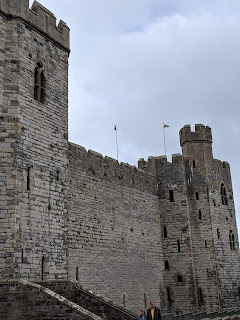 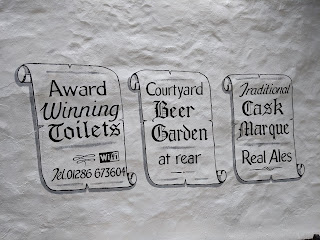 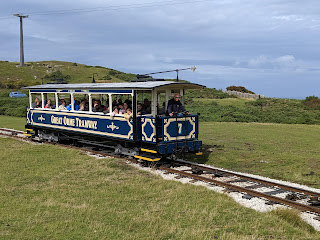 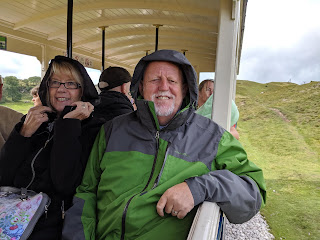 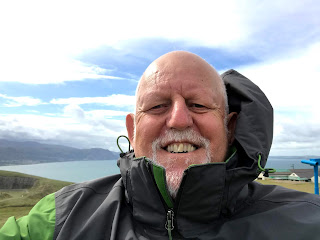 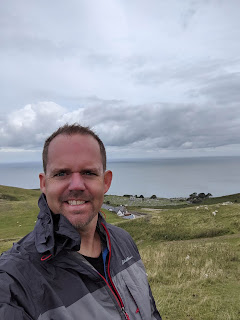 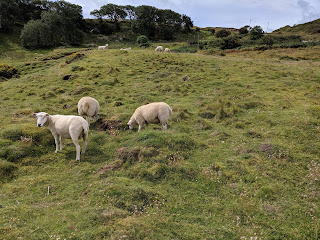 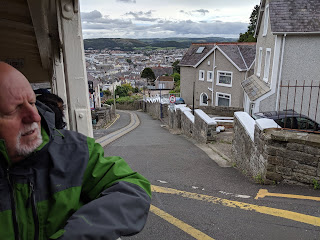