Have you been keeping count? Did you notice something out of the ordinary? Yes, I missed yesterday completely. I was too tired at the end of the day to write anything. I made this choice with good reason as you will soon find out.

Today was a travel day hence the reason I decided skipping a day would be OK since there wouldn't be much to talk about today. That's not to say we didn't do anything however. Our trip consisted of traveling from North Wales to Derbyshire. Along the way we also stopped at a friend of my Mom's who graciously offered us lunch as well. It also just so happened to be 60 years to the week that my Mom and her friend, Evelyn, met for the first time at school and they have been friends ever since! Included with lunch was plenty of reminiscing which was great to hear about. After an incredibly delicious and filling lunch we were back on the highway towards Derbyshire to meet up with my Mom's brother and her niece's family at their farm. We'll be back there tomorrow as well but had a brief gathering that included dinner. Eventually it was time to leave and we made the final twenty minute drive to Duffield where our AirBnb is located. The AirBnb is in an old farm house located right in the middle of a golf course! 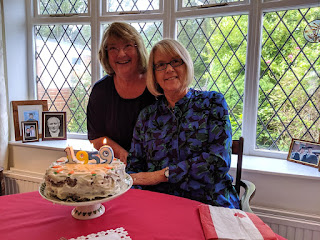 It was our last day in Wales and I came up with a plan that offered some exploring of Snowdonia national park, lunch at a pub and a little bit of shopping. From Bethel we set off towards the A5 which is the original route between London and Holyhead as it winds itself through the mountains. After the unification . of Great Britain in 1800 the A5 became the first major civilian state-funded road building project in Britain since Roman times. Soon we passed through Bethesda which is where my Mom went to high school and met her friend, Evelyn, who was mentioned earlier. Then as we continued our journey we made a quite stop to explore Swallow Falls before finally arriving in Betws-y-Coed. Swallow Falls is the tallest in Wales where the river Llugwy flows through a narrow chasm creating a spectacular waterfall amongst a background of beech, conifer and birch trees. As the "gateway to snowdonia", Betws-y-Coed was founded as a monastery in the 6th century. With the arrival of the A5 from London and the railway in 1868 helped to grow the town as a popular destination to visit. I also visited and crossed The Sappers Suspension Bridge which was built in 1930 and crosses the River Conwy.

With lunch time nearing and our hunger growing we moved on to Porthmadog and The Australia pub which acts as the tap room for the Purple Moose brewery. While I didn't partake in any beer they also offered a few ciders on tap from Rosie's Cider which is also from North Wales. Another perk of visiting this pub was their gluten-free menu. They are the first place I have ever been to that offered gluten-free battered fish and chips cooked in their own dedicated fryer. Two thumbs up!!

With our bellies all filled up we were ready to complete the return trip to Bethel with one quick side trip to James Pringle. James Pringle is a Scottish knitwear brand that has had a store in Llanfair­pwllgwyngyll­gogery­chwyrn­drobwll­llan­tysilio­gogo­goch in Anglesey for many years. As one of the longest place names in the world this location tends to attract a lot of tourists and tour buses but it still a decent place to get some shopping done. The name was most likely created as a publicity stunt in 1869 but is more commonly referred to as Llanfairpwllgwyngyll or simply Llanfair PG.

My Dad has a full day of surprises in store for me tomorrow so I'm sure there will be plenty more to write about soon enough. 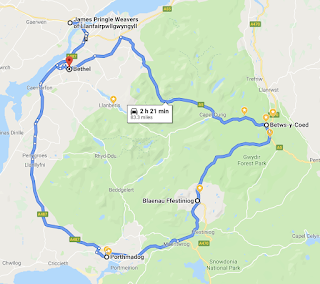 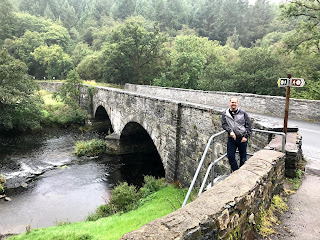 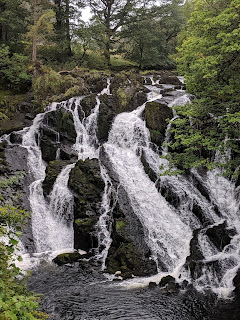 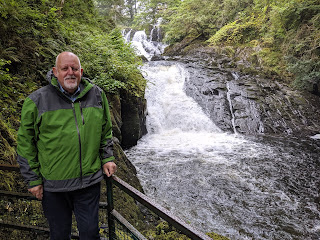 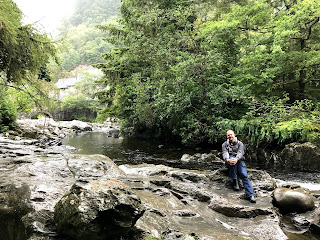 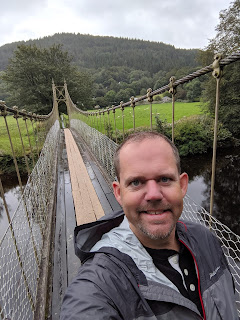 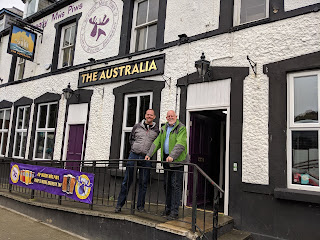 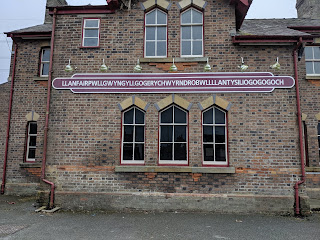