Today my Mom decided to hang out with her sister-in-law, niece (my cousin) and niece's daughter. That meant my Dad and I had the day to explore on our own. As I mentioned in the previous post my Dad planned out the entire day which included visiting my birthplace and the national tramway museum.

I was born at Derby City hospital in 1975 and at the time my parents lived 5 miles to the north in the village of Duffield. The Derby City hospital was built in 1927 and focused on maternity and children's care. By 2006 however the hospital had become quite dilapidated and was demolished. Needless to say I wasn't actually able to visit where I was born but I did get to explore where I lived for the first 16 months of my life.

There have been humans in Duffield since the stone age. In its early existence the growth of Duffield centred around agriculture. By the 20th century however the arrival of the railway and nearby Rolls-Royce fuelled the housing growth in the area. My first stop was St. Alkmund's church which is where I was baptized. The church is one of only six in England dedicated to Alkmund the 8th-century Northumbrian prince and Mercian martyr. The present church building was begun by the Normans and dates back to the 12th century. After exploring the nearby River Derwent we moved on to Tamworth Street. It was at 27 Tamworth Street that I spent the first few months of my life. Then we made a brief stop at Duffield Station which is where my Dad used to walk to every day in order to take the train to work at British Rail in Derby. Considering I only spent 16 months of my life in Duffield I actually lived in two homes. For the final 10 months of my time in England my family moved to 4 Chadfield Road. This was a much larger home and was going to the "forever" home for our family. That plan quickly changed once my Dad decided to try out a new position on an advanced transportation project at what was then Canadair in Canada to work. I emigrated to Canada in May 1977. 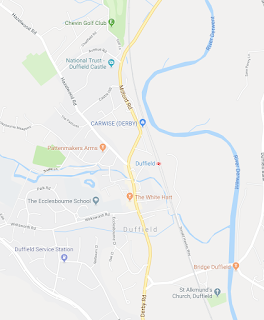 With our trip down memory lane over we left Duffield and headed further north towards Crich with a stop for lunch at the Devonshire pub in Belper.

Our journey to Crich was so we could visit The Crich Tramway Village. It was established in 1963 to preserve trams which, at the time, were being removed from cities in favour of trolley buses. The museum now has more than 60 trams in its collection, including models from New York, Berlin and South Africa. Every day there are several trams running through a recreated period village. On our visit Sheffield 74 built in 1900 and Leeds City Transport 345 built in 1921. It was quite amazing to see how expertly the trams have been preserved and it even better that they are still running and accepting passengers. 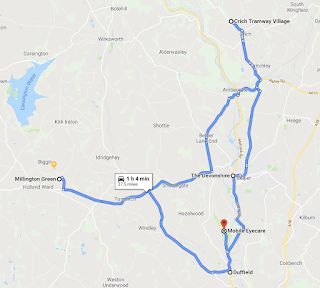 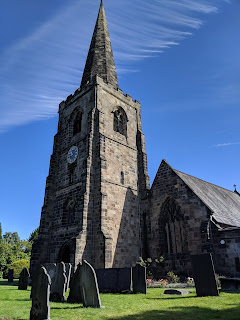 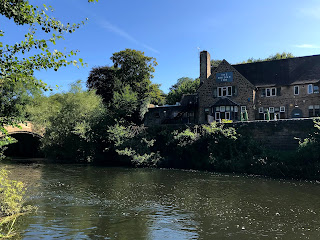 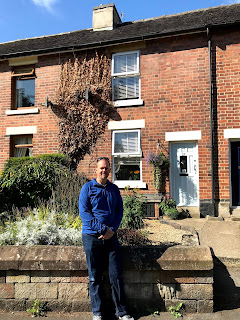 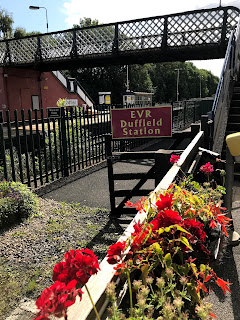 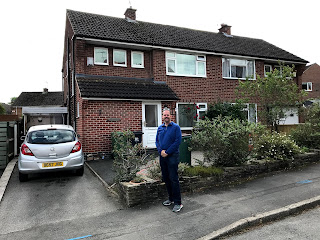 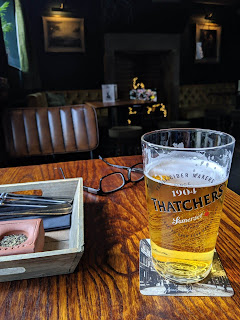 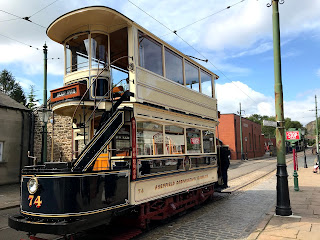 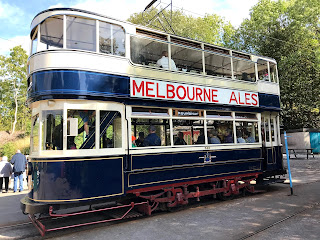 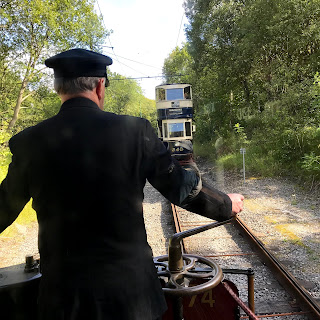